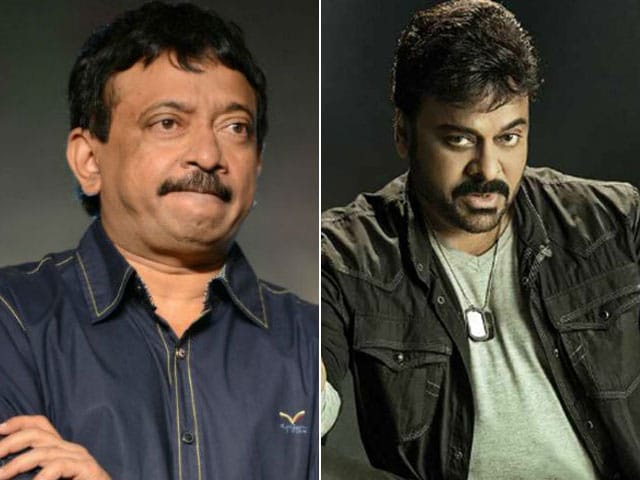 Khaidi No 150: RGV has earlier accused Chiranjeevi of 'narcissm'

New Delhi: Telugu film Khaidi No 1, actor-politician Chiranjeevi's new release, has received an endorsement from a very important person - his number one critic Ram Gopal Varma. RGV, as the filmmaker is called, is famous for his stream of consciousness style of tweeting and had dedicated much of his Twitter time to Chiranjeevi, his film and his family a week or so before Khaidi No 150 released last Wednesday. It started with RGV criticizing the poster of the film in rather offensive terms and snowballed into a rant against the actor's brother, Nagababu. Now, it appears that Ram Gopal Varma has watched Khaidi No 150 and was particularly impressed by the actor's performance. Chiranjeevi, 61, is called 'Mega Star' by his fans. RGV tweeted:

Mega Star's Energy levels are SUPREME and he's looking younger than when he left films some 9 years back ..He's looking MEGA HANDSOME

Weeks ago, RGV accused Chiranjeevi of 'narcissm' and sarcastically tweeted that Madame Tussaud would 'throw half her museum out' for the poster. He then directed an extraordinary stream of Twitter invective at Nagababu for defending his brother. Speaking about RGV's comments, Chiranjeevi later said, "I gently ignore and turn deaf," reported Indian Express.

Promoted
Listen to the latest songs, only on JioSaavn.com
Khaidi No 150 is Chiranjeevi's 150th film (hence the name) and also his comeback. He was last seen in 2007's Shankar Dada Zindabad and has now returned in a blaze of glory - Khaidi No 150 has been topping box office charts down South and also in USA. The film, a remake of Tamil Kaththi, stars Chiranjeevi in a double role with actress Kajal Aggarwal. Chiranjeevi's son Ram Charan Teja produces and appears in a cameo.

Ram Gopal Varma, who once made acclaimed movies like Satya and Company, is working on Sarkar 3, the third instalment in a series of politically-themed films starring Amitabh Bachchan.