Katrina Kaif and Salman Khan's Tiger 3 will release next year 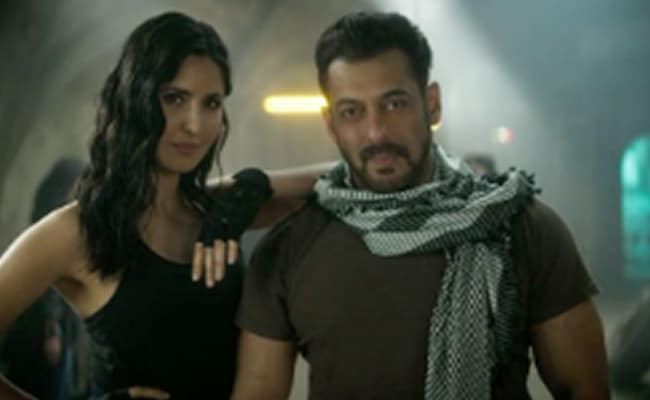 A still from the video. (courtesy: beingsalmankhan)

Helmed by Maneesh Sharma and produced by Aditya Chopra's Yash Raj Films, Tiger 3 is slated to release on April 21 next year. In March, Salman Khan shared a teaser on his Instagram handle announcing the release date of the film. In the film, Katrina can be seen in an action sequence while Salman takes a nap. Sharing the post, he wrote, "Hum sab apna apna khayal rakhen... Tiger3 on 2023 Eid... let's all be there ..Releasing in Hindi, Tamil and Telugu. Celebrate #Tiger3 with #YRF50 only at a big screen near you on 21st April 2023."

Meanwhile, Katrina Kaif is awaiting the release of her upcoming film Phone Bhoot, co-starring Ishaan Khatter and Siddhant Chaturvedi. Helmed by Gurmmeet Singh, the horror-comedy, is slated to release on November 4 this year.

In an interview with Pinkvilla, she also spoke about Phone Bhoot and said, "The minute I heard the story, I just immediately said yes. I didn't even tell Ritesh (Sidhwani, producer) that, 'Okay, let me see, give me a few days', because I felt that this concept and story was something unique enough to be told."

Apart from Tiger 3 and Phone Bhoot, Katrina Kaif also has Merry Christmas in her kitty.