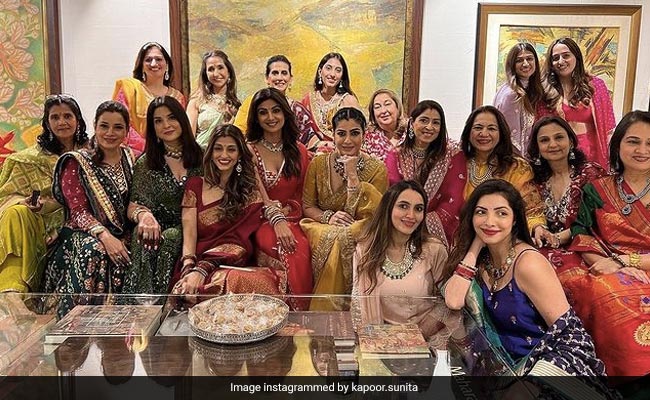 Anil Kapoor's wife Sunita Kapoor, who every year hosts the festival of Karwa Chauth at her residence in Mumbai, hosted a gathering today as well. On Thursday night, the star-wife shared a couple of pictures from her festivities on her Instagram handle and wrote, "I've always believed that festivals are about belief, faith and tradition. Karwa Chauth isn't just a day of fasting for your husband's long life, it's also a day for women to come together to celebrate each other. So wherever you are, and whatever your belief and faith might be, I hope you have a day filled with love, warmth and celebrations!"

Sunita shared three pictures. The first picture is a group photo of all the women who attended the celebrations. It included Shilpa Shetty, Raveena Tandon, Neelam Kothari, Maheep Kapoor, Bhavana Pandey, Padmini Kolhapure, Akanksha Malhotra, Rima Jain and Varun Dhawan's wife Natasha Dalal among others. In the second picture, Sunita Kapoor, who is wearing a yellow kurta set, can be seen posing with Shilpa Shetty. Shilpa can be seen wearing a gorgeous red saree. In the third picture, the star-wife can be seen posing with her sister-in-law Maheep Kapoor and her Fabulous Lives Of Bollywood Wives co-stars Neelam Kothari and Bhavana Pandey.

Veteran actor Padmini Kolhapure, who also attended Sunita's festivities shared a video on her Instagram handle. In the video, one can see a mix of pictures and videos from the festivities. Sharing the post, Padmini wrote, "Great Pooja Karwa Chauth, best hostess Sunita Kapoor."

Shilpa Shetty too shared a few pictures from the festivities on her Instagram stories. 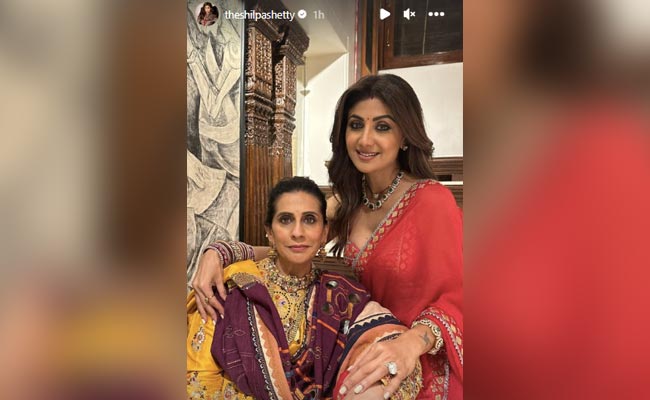 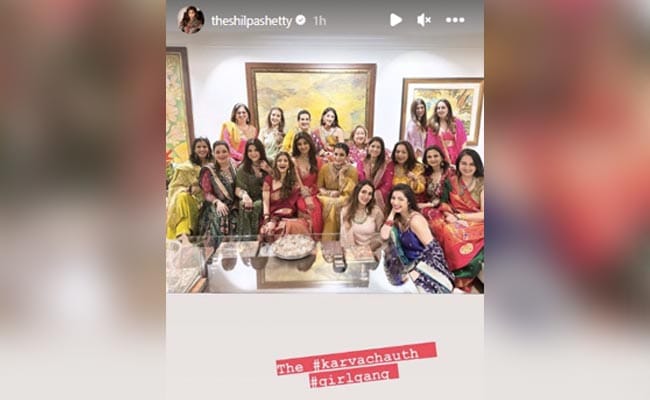 Sunita Kapoor is married to Anil Kapoor and the couple are parents to Sonam Kapoor, Rhea Kapoor and Harsh Vardhan Kapoor.