Kapil Sharma, Netflix And The Word "Auspicious" - What Could Possibly Go Wrong?

Details about Kapil Sharma's Netflix debut are still under wraps 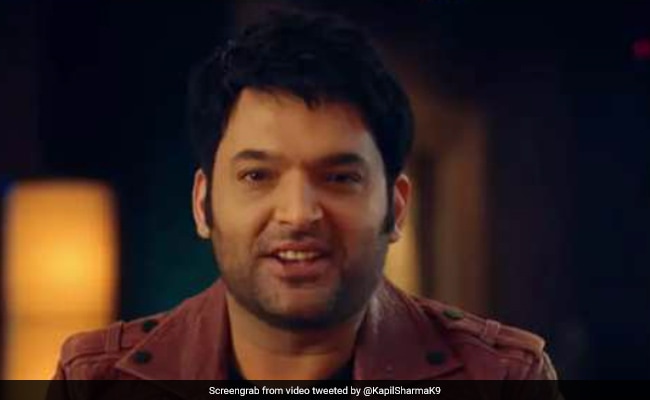 Comedian Kapil Sharma, on Tuesday, took over the Internet by announcing his digital debut, of course in the most hilarious way. Kapil, who currently hosts his comedy show The Kapil Sharma Show, shared a video on his social media profiles revealing his plans to collaborate with Netflix for a project, details about which are under wraps, and now the online world can't keep calm. The 39-year-old comedian posted a video, in which he can be seen struggling to pronounce the word "auspicious" during a shoot. When the director asks him to say his lines in Hindi instead for a smooth recording, the comedian can be heard saying: "Acha, vaise meri to English mein almost tyaari thi par thik hai. Agar Netflix khud hi desi hai to apne ko kya zabardasti English bolne ki (Really? Anyway, I was almost prepared with English but that's okay. If Netflix is itself desi, what's the need for me to forcefully speak in English)."

Sharing the video, Kapil Sharma wrote: "Don't believe the rumours guys, only believe me. I'm coming on Netflix India soon. This is the auspicious news."

Don't believe the rumours guys, only believe me. I'm coming on @NetflixIndia soon this is the auspicious news pic.twitter.com/wkdJgOXfrx

Since Kapil Sharma has announced his digital debut, Twitter is flooded with several posts by his fans celebrating the "auspicious news." One user wrote: "He never fails to make us happy with his work! This time he's coming with something new and I'm sure that it's gonna entertain all of us in the best way!" while another fan tweeted: "Digital debut that too with Netflix...wohoo."

Want to know how excited Kapil Sharma's fans are? Read the tweets below:

He never fails to make us happy with his work! This time he's coming with something new & I'm sure that it's gonna entertain all of us in the best way! All the best @KapilSharmaK9 for your Digital Debut! We love you & we are very excited for this! #KapilSharma#KapilOnNetflixpic.twitter.com/3mYU07BK5U

Digital debut that too with Netflix...wohooo#KapilSharma#KapilOnNetflixpic.twitter.com/e4sduIOrdg

All The Best @KapilSharmaK9 sir You are ruling on the like a King...... Now you are coming on web. We are sure that you are going to rock on digital platform too.#KapilSharma#KapilOnNetflix

This is really an auspicious news..#KapilOnNetflix#KapilSharma#Netflix@NetflixIndia I smile when I see u man ! God bless u https://t.co/svmOdivWCq

On Monday, Kapil Sharma teased his fans about his "auspicious news" with an interesting tweet. Read it here:

Tomorrow I will share a matlab ek "auspicious" news https://t.co/7MT78SyS0C

Kapil Sharma made his debut in the TV industry with The Great Indian Laughter Challenge Season 3 and went on to make his Bollywood debut with Kis Kisko Pyaar Karoon.