"Even one of Salman Khan's films, which was a remake of a south Indian film, was named Mental," said Kangana Ranaut 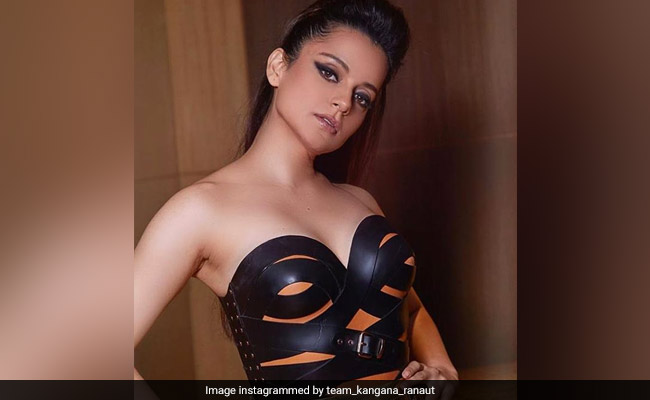 Kangana Ranaut, who is quite upset over the change in title of her upcoming film Judgementall Hai Kya, said that title change is a result of "nepotism" and that even one of Salman Khan's films was named as "Mental" but nobody objected to it then. It appears that Kangana is referring to Salman's 2014 film Jai Ho, which was initially titled as Mental. However, the makers changed the title to Jai Ho before publishing any promotional content. In a media gathering, Kangana said that the change in title of Judgementall Hai Kya?, which was earlier titled as Mental Hai Kya, is a result of nepotism and power play in Bollywood. "I think whenever it is anything to do with Kangana Ranaut, people have a problem with it. Since I am an outsider, even if I breathe, people have a problem," she said, reported news agency IANS.

Shifting her focus to Salman's film, Kangana further said: "Even (one of) Salman Khan's films, which was a remake of a south Indian film, was named Mental. There was no problem then, but now we are told that very recently, the word 'mental' is banned, so we did not have that much choice."

Jai Ho, which is a Hindi remake of the 2006 Telugu film Stalin, was initially named as Mental . However, the makers changed the title because Salman Khan's father Salim Khan didn't like the word "Mental." In one of the promotional events of Jai Ho, Salman Khan said other "Khans" will not like the title "Mental" especially his father. Here's the video we are talking about.

Kangana Ranaut's film Judgementall Hai Kya was at the receiving end of criticism because of its earlier title Mental Hai Kya, which was termed as derogatory and insensitive by many people. The Central Board of Film Certification (CBFC) repeatedly raised objections to the film's title after which the makers changed it.

"Given the sensitivity attached to the issue of mental health and our intention of not offending or hurting anyone's sentiments, the makers have decided to change the title of the film Mental Hai Kya to Judgementall Hai Kya," said a spokesperson for Balaji Motion Pictures in a statement, reported news agency PTI.

Earlier also, members of the Indian Psychiatric Society (IPS) had written a letter to the CBFC seeking a change in the title. In the letter, they stated that they find the title derogatory and demeaning to those battling mental health issues.

However, the makers have previously denied that the film discriminates against people battling mental health issues and they said that it, in fact, encourages the audience to embrace their individuality. In a statement, Ekta Kapoor also said the film's title doesn't intend to offend or disregard anyone's sentiments.

Judgementall Hai Kya is slated to release on July 26.