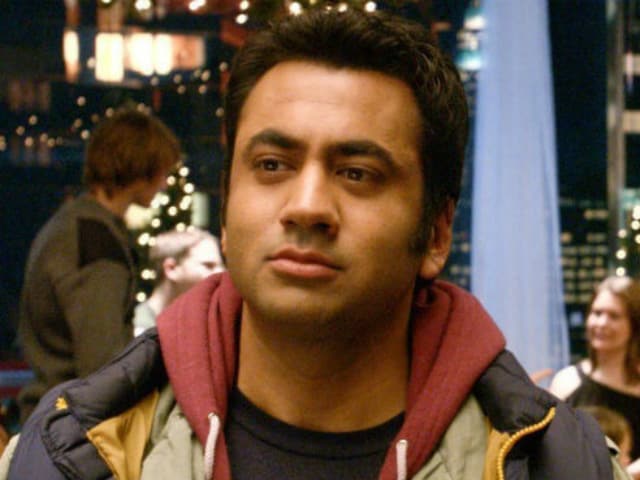 Kal Penn in a still from Harold And Kumar

New Delhi: Actor Kal Penn, best known for his critically acclaimed performance in Mira Nair's 2007 film The Namesake, tweeted screenshots of scripts for roles he used to be asked to audition for - many of these were stereotypical characters described in casually racist terms - 'a Gandhi lookalike,' 'a foreign student' and 'a 25-year-old Pakistani computer geek.' Mr Penn, 39, is now a well-known actor and also briefly served as advisor to former POTUS Barack Obama. "Found a bunch of old scripts from some of my first years of trying to be an actor," tweeted Kal Penn, real name Kalpen Suresh Modi. Of Indian origin, the American actor has featured in films like American Desi, Homeland Security, A Lot Like Love and the Harold And Kumar series. He had a high profile role in the TV sitcom How I Met Your Mother and currently stars opposite Kiefer Sutherland in the show Designated Survivor.

Mr Penn's tweets reveal that for an early television pilot, he was asked to use an 'authentic' accent while auditioning for a character named Parmesh. Sharing the script, he wrote: "This was a pilot called The Stones. Tried to convince them to let me speak without an accent and make it funny on the merits (was told no)." For another role he auditioned for - a character named Careem - Mr Penn was also asked to use an accent. Mr Penn also auditioned for a role in The King Of Queens, a show he "loved" till he was asked to audition for a character named Sanjib - the name was made the butt of jokes.

Found a bunch of old scripts from some of my first years trying to be an actor. pic.twitter.com/GydOwlUKGW

Jeez I remember this one! They were awful. "Can you make his accent a little more AUTHENTIC?" That usually meant they wanted Apu pic.twitter.com/3F5XRORO3n

This was a pilot called The Stones. Tried to convince them to let me speak without an accent & make it funny on the merits (was told no) pic.twitter.com/SuUVYT7rip

Ha! In this audition for Smart Guy, they didn't even give the character a name! pic.twitter.com/z2D8E5rx8J

Oh wait yes they did pic.twitter.com/xwB3qIoXoF

Friggin King of Queens man! I used to love that show until I got to audition for it lol pic.twitter.com/2BYu0nnd57

I do not remember this audition except that it was for some shitty MTV show and the big joke was an accent and too much cologne pic.twitter.com/7HZbhQCkaB

Whoa I remember this! This was one of my first commercials. The makeup people would use Vaseline to get the sweaty unwashed look going pic.twitter.com/X7z4EI4drQ

This was for some project called The Marriage Clause I guess. pic.twitter.com/0yKjepAHqy

Mr Penn signed off his tweets describing some of his audition experiences as "wonderful". "There are too many in this stack to tweet, I'll be here all day. That said, there were also some wonderful first audition and work experiences," Mr Penn tweeted on Tuesday.

Promoted
Listen to the latest songs, only on JioSaavn.com
His tweets have renewed the discussion on racism and tokenism in Hollywood.

@kalpenn Happening in all industries even med & sadly escalating. Pic is from rock thru my window w/ message "Go Back Home." So, Sacramento? pic.twitter.com/OJqyqNjqla

@kalpenn thank you so much for posting these. A daily reminder of what i should never do as a screenwriter.

1998's short film Express: Aisle To Glory was Kal Penn's debut project as an actor. On the big screen, he was last seen in The Girl In The Photographs and will next star in Speech And Debate, scheduled to release in April.

Emma Watson Will Sue Over Photos Stolen From Her Phone