Kabir Singh Movie Review: Shahid stretches himself very thin trying to convince us that Kabir Singh is a present-day incarnation of Devdas. 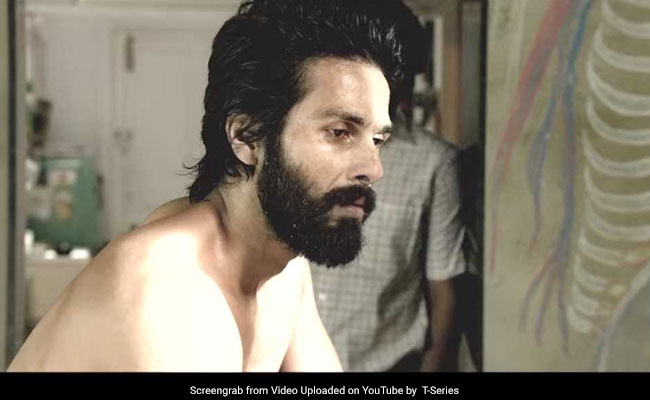 Shahid Kapoor steps into Vijay Devarakonda's shoes in Sandeep Reddy Vanga's Kabir Singh, a remake of the director's own 2017 Telugu smash hit Arjun Reddy. The Bollywood actor, and the rest of the cast, represent the only alterations effected in this totally redundant reiteration of the tale of a young orthopaedic surgeon who goes on a self-destructive rampage when the medical college junior he loves is prevented from marrying him.

Every shot, every scene, every camera angle and every line from Arjun Reddy is replicated in Kabir Singh, leaving one wondering why the director felt the need to mount a separate Hindi version in the first place when all that he has done is give us the same film all over again with merely the language and setting changed for the benefit of a pan-Indian audience. He could have well dubbed Arjun Reddy and re-released it nationwide. 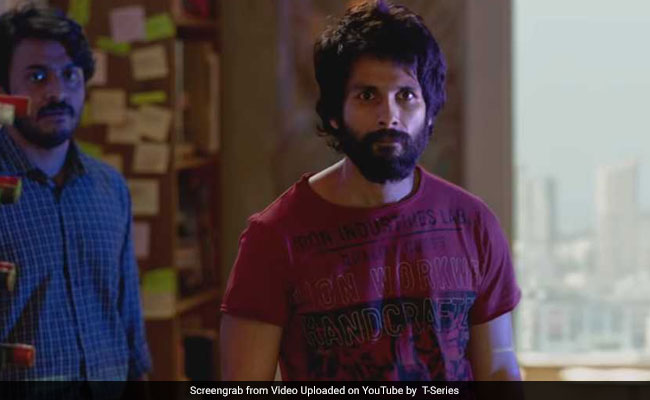 In any case, Kabir Singh is a hugely problematic film. The bloated, overlong love story seeks to lend a veneer of normality to acts of dreadful delinquency and sickening misogyny by painting an empathetic portrait of a wayward doctor who lets heartbreak get the better of him, in the process endangering the life of a patient every time he picks up a scalpel to perform a surgery. The film's protagonist, already dealing with serious anger management issues, goes completely over the edge and turns into a womanizer, an alcoholic and a drug addict when the Sikh girl (Kiara Advani) he thinks he owns marries another man under pressure from her orthodox family. As all hell breaks loose and his life and career spiral out of control, the audience is expected to summon sympathy for a painfully self-absorbed character who cannot see beyond his own nose. His insolence and sense of entitlement know no bounds. It is one thing to be a flawed hero wronged by circumstances but quite another to be an insufferable lout born with the belief that a woman cannot but play along when a man makes up his mind on matters of the heart.

One key scene from Arjun Reddy is inexplicably done away with in Kabir Singh. It robs the protagonist of the only moment in the three-hour drama where he makes the right noises, however faux. He takes umbrage at sexist remarks about air hostesses that a bloke who has just jetted in from London makes. The hero is livid and gives the guy a piece of his mind. This sequence is obviously meant to underscore that our man is not all bad. He has the right ideas until he is unsettled by rejection. Kabir Singh provides no such glimpse into his mind. 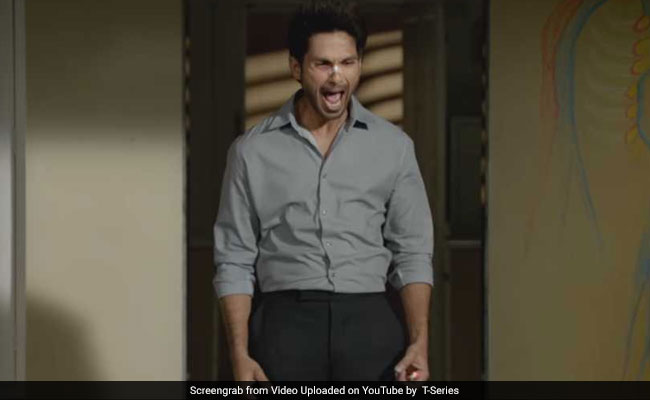 Kabir feels that muscle-flexing and loathsome behaviour are his birthright when he is thwarted. The girl, on the other hand, is a mute spectator as the college topper with "an impeccable academic record" struts around the campus telling everyone within earshot that 'she' is 'his' girl ("meri bandi hai," he says repeatedly). Seriously, does anyone talk like that in this day and age and hope not to be ticked off? Preeti Sikka, the girl in question, is marginally better than a doormat: she does Kabir's bidding like a wound-up doll with no agency of her own and the guy does not have the sense to see that he is doing her absolutely no good. 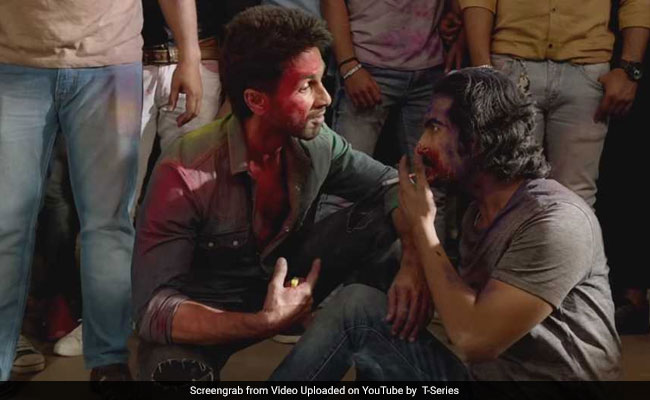 In an early sequence, the medical college dean (Adil Hussain in a cameo that does no justice to the seasoned actor) hauls Kabir up for a sports field brawl. The latter, his insouciance instact, insists that football is a violent sport and he is well within his rights to arm twist the referee for flashing a red card at him and to bash up a rival who gets in his way. "Frankly, sir, I do not care," he thunders. That is meant to be a show of masculine pride. He seems to be saying that I am what I am, take it or lump it. When a film for the masses not just condones, but also appears to celebrate, such awful demeanour, one can only worry about the message that is going out.

The errant final year student is handed a month's suspension, but he decides to leave the college only to change his mind at the sight of the pretty newcomer who catches his fancy. No words are exchanged. The man jumps to a conclusion. The girl surrenders to him without a whimper. While she is allowed no room to have a say, no transgression is too low for the hero. He rides roughshod over everything that he perceives as a threat and then plays victim when the tables are turned on him. 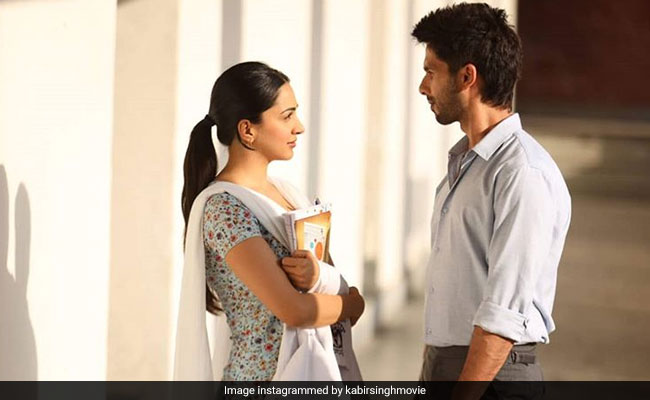 Kabir sinks into a blue funk, has a combination of alcohol and morphine and passes out for two days. His elder brother Karan (Arjun Bajwa), who is in the middle of his own wedding, and his best pal Shiva (Soham Majumdar) fret and fume over the hero's aggravated state but to no avail. After he returns to his senses but continues to drink heavily and snort cocaine day and night, he turns his attention to a movie actress Jia Sharma (Nikita Dutta) who comes to his hospital with a sprained ankle. Kabir treats her without a modicum of respect. Again, like Preeti, Jia falls into his trap. Look, no point cribbing, Kabir Singh is a man who is difficult to resist, so he can get away with murder! 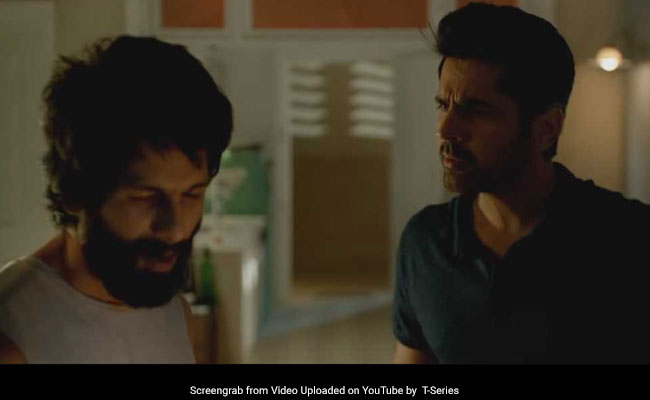 This is absolutely the same film as Arjun Reddy and has nothing new to offer except for the fact that the Mangalore/Hyderabad setting of the original makes way for Delhi and Mumbai, with neither of the two places showing up on the screen in any significant manner as action-0defining cityscapes. Kabir Singh has obviously inherited all the ills of the earlier film. Emancipation for the heroine here means her jumping into bed with the hero at every available opportunity and then preening over the number of times that the two have had pre-marital sex. This approach to gender assertion comes from a caveman philosophy that one thought India's filmmakers have put behind them for good. But no, Kabir Singh and its makers are too firmly stuck in the past to notice that the world has moved on.

Shahid Kapoor stretches himself very thin indeed in trying to convince us that Kabir Singh is a present-day incarnation of Devdas that we should shed tears for. But the man he portrays does not suffer quite as irreversibly as the classic tragic hero did. But he raves and rants through his ordeal and would have us believe that he is more sinned against than sinning. Sorry, we aren't buying that.

Kiara Advani is trapped in a role that requires her to be no more than a sounding board designed for periodic ego massages for the male protagonist. Veteran actress Kamini Kaushal, playing the hero's sagacious, sensitive granny, endeavours to inject some warmth into the story. Unfortunately, Kabir Singh is beyond redemption. Strictly for Shahid Kapoor fans.