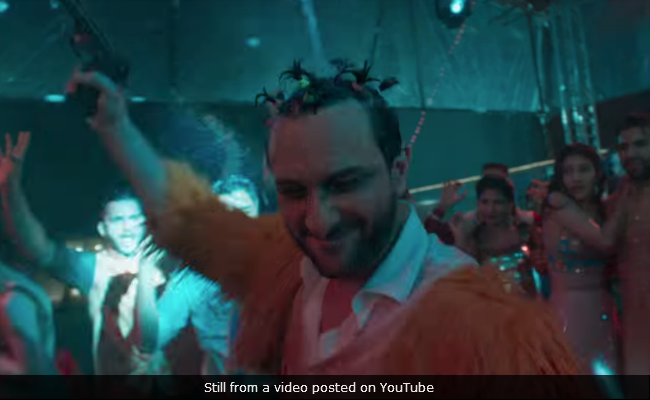 New Delhi: Did you groove to Kaala Doreya in a recent shaadi? Well, let this be known that the latest song from Saif Ali Khan's Kaalakaandi, which is the redux of the Punjabi folk song Kaala Doreya has been given a modern twist and will surely trend on your party songs list. The song will definitely give you some chill vibes with Neha Bhasin's peppy voice and Raxstar's perfect rap. The song features Saif flirting with Isha Talwar, some shaadi jhatkas - matkas and a lot of Bhangra dance steps. In the song, we also witness a trippy Saif, which will indeed remind you of movies like Delhi Belly, the Hangover and some more.

Kaala Doreya is here, what are you waiting for?


Another song from Kaalakaandi titled Swagpur Ka Chaudhary was released by the makers of the film.


In Kaalakaandi's trailer we saw that the protagonist (Saif Ali Khan) was diagnosed with stomach cancer. Saif was rather taken aback because, like his character says in the trailer, he's never smoked cigarettes, has stayed away from alcohol and never even spelled 'drugs'. Instead of medicines, he's prescribed a license to indulge in everything he's abstained from so far. Then begins a crazy journey of rave parties, rash driving, drunk diaries and what not.