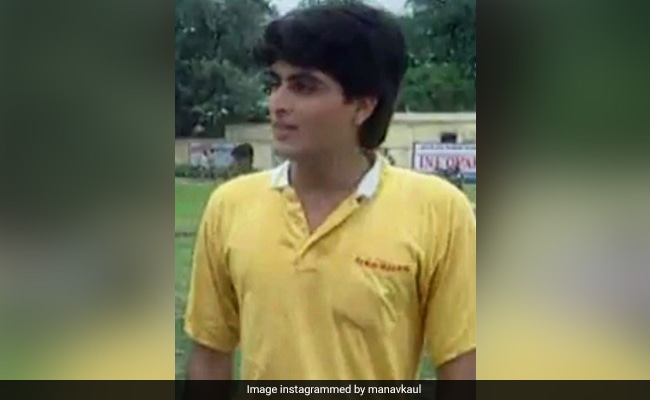 Actor Manav Kaul, who is known for his performances in films such as Wazir, Tumhari Sulu and Kai Po Che!, treated his fans to a rare photo of himself on Wednesday. 43-year-old Manav posted a vintage photograph from his "first job as an actor." Manav made his debut as an actor in the entertainment industry with TV show Mujhe Chand Chahiye. The show, which also starred Tejasvini Kolhapure and Kamalika Guha Thakurta, aired on Zee TV. It was based on Surendra Verma's novel of the same name. Sharing a photo from the shoot diaries, Manav Kaul wrote about his "first acting job." His caption read: "My very first job as an actor in a TV series Mujhe Chand Chahiye."

Manav Kaul also added the hashtags such as #firstjob #firstactingjob #actor #tvseries and #surendraverma to his caption.