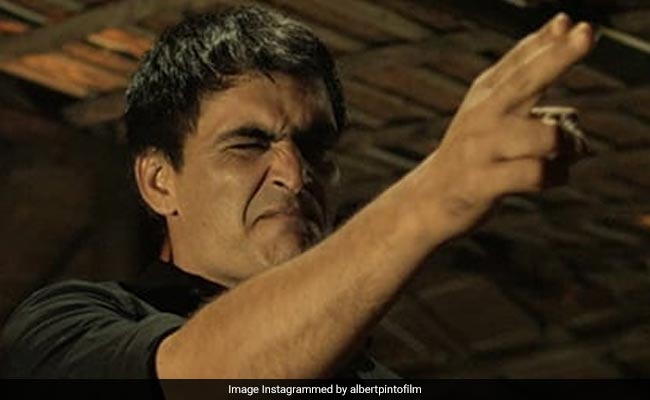 Let cult classics, like sleeping dogs, who incidentally find a not-so-honourable mention in writer-director Soumitra Ranade's Albert Pinto Ko Gussa Kyun Aata Hai?, lie. That is one thought that crosses your mind as the film unfolds. But nearly 40 years have passed since Saeed Akhtar Mirza gave Hindi cinema one of its most memorable characters, so a revisit to that tumultuous universe is in order.

The drama is located in a socio-economic setting that is at a remove from the one that the original film (about a car mechanic and his mill worker father) played out in. The reworking - this film is anything but a remake - is cast in the mould of a thinking person's thriller in which Albert dons the guise of a crusader to give vent to his failures and frustrations.

The tale, punctuated with flashbacks, has a fractured structure: details of a life interrupted are provided in driblets. So, Albert Pinto Ko Gussa Kyun Aata Hai?, as it moves between the past and the present and resorts to dashes of surrealism to reveal the protagonist's psychological state, demands a certain degree of concentration on the part of the audience. 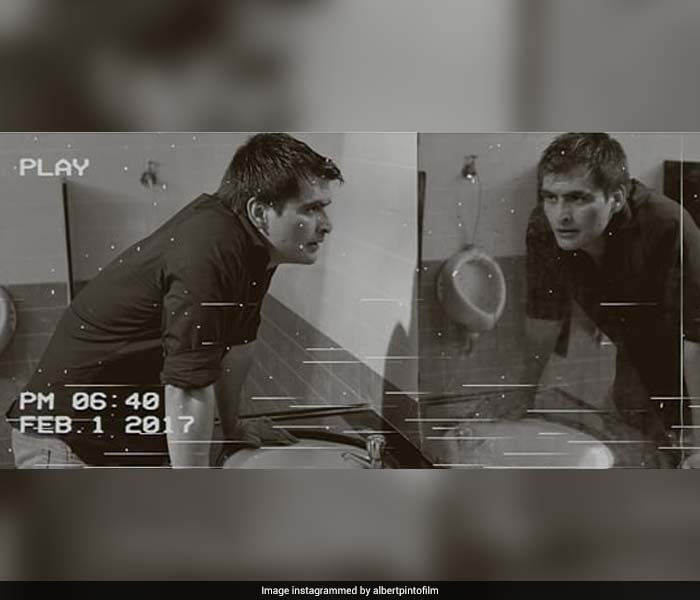 Anger is the crux of a timeless narrative convention. In popular cinema, it has manifested itself in many ways over the decades. Major Hollywood stars - The Public Enemy's James Cagney, Dirty Harry's Clint Eastwood, Taxi Driver's Robert De Niro, First Blood's Sylvester Stallone and Training Day's Denzel Washington, to name a few - have taken individual approaches to the articulation of onscreen rage and aggression. But no two actors have been as unlike each other in this respect as Amitabh Bachchan and Naseeruddin Shah. If Deewaar hit us like an erupting volcano, Albert Pinto Ko Gussa Kyun Aata Hai? showcased a cauldron of boiling oil ever ready to spill over and singe the audience.

The lead actor of the new Albert Pinto Ko Gussa Kyun Aata Hai?, Manav Kaul, a fine screen performer by all reckoning, has a daunting act to follow. He is bound to be assessed against a very high benchmark. Despite his best efforts - he isn't short of dazzling in some scenes - the fury of a man on the brink of a meltdown does not come out with all its destructive, disruptive force. Neither the actor nor the screenplay conveys the entire range of the coiled-up wrath of the wronged. But the little that they do is good enough to give us a sense of the fire in the man's belly.

The overall contexts and precise reasons may change, but the emotional state that drives a character towards impulsiveness, if not insanity, usually makes for great drama. Ranade's rendition falls a touch short of tapping the potential of a man who unravels in an instant as rage gets the better of him. Albert chucks up a well-paying job, enlists himself in the gang of a mafia boss who runs an offset printing press, and chooses the names of two men that he wants to bump off in his first - and probably his last - contract killing assignment.

The titular protagonist is unsettled by the suicide of his honest government official-father Jeffrey Pinto (Yusuf Hussain), who is implicated in a scam and publicly discredited. In a state of emotional distress, Albert takes an impulsive decision that puts him on the road to self-destruction. He takes off on a road trip from Mumbai to Goa without any warning.

His girlfriend Stella (Nandita Das, steady and effective) files a police report. Inspector Pramod Naik (Kishor Kadam, competent as ever) begins an investigation and, based on statements from Stella, Albert's mother and his brother, seeks to piece together the story behind Albert's inexplicable disappearance. While the people in Albert's life are foxed, the audience isn't because the police interrogation isn't the device the film offers the audience to help understand what Albert might be up to. On the journey to Goa in the company of a veteran sharpshooter, Nayar (Saurabh Shukla, sparklingly good), who does the bidding of crime lord Satam without ever asking any questions, the protagonist reveals the story of his life bit by bit.

The banter between the two men veers from the innocuous to the ominous, from the playful to the provocative, as the middle-class man who has had enough of the apathy that afflicts his segment of society and the seasoned underworld operative, incorrigibly cynical to the core and resigned to his lot in life, engage in a battle of wits.

The broad contours of Albert's disaffection are summed up in his likening of the ruling class as reckless drunken drivers and the hapless public as sleeping dogs who are routinely run over and left to die. It is his own class that the hero detests the most - he calls them crows that sit on trees and watch the sorry spectacle and, at every opportunity, feast on canine cadavers. I do not want to be a crow, he yells. 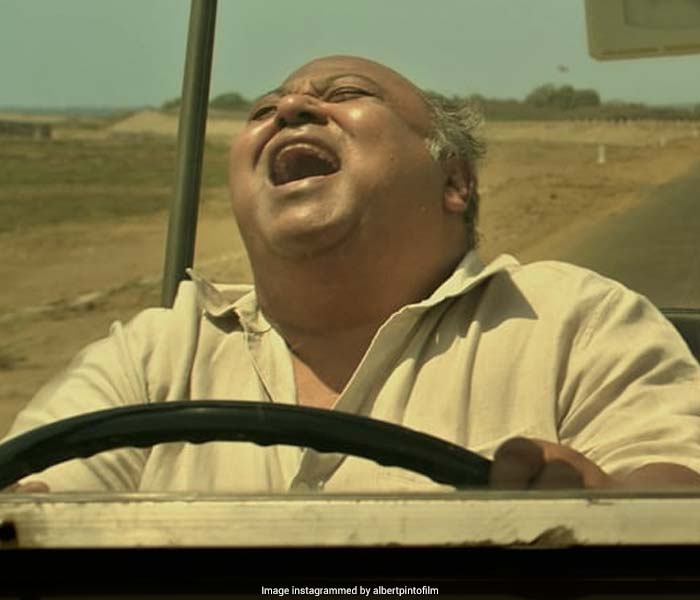 What Albert seeks is redemption in his own eyes even as struggles to understand how the dispossessed - he meets a bunch of cheerful nomads on the way and also strikes up a conversation with a villager (Omkar Das Manakpuri) whose ability to wear a broad grin despite the hardships of his life bothers Albert no end.

It is Albert's personal relationship with Stella (a woman he sees in every other woman that he meets during the Mumbai-Goa ride: a highway dhaba sex worker, a villager's wife, a lady romping on the beach) that takes pride of place in his freewheeling reminiscences. But his attachment with his father, a man with a spotless reputation who is forced to take his own life when he is made the scapegoat in a case of corruption masterminded by two politician siblings, also comes out in bold relief.

The contrast between what he could have been and what he has become is underscored by the memories that his mother and brother share with the cop. His sibling remembers him as a responsible type; his mother recalls his finicky nature as a boy. Neither of the two attributes fits him anymore because Albert is very angry with what is going on around him. 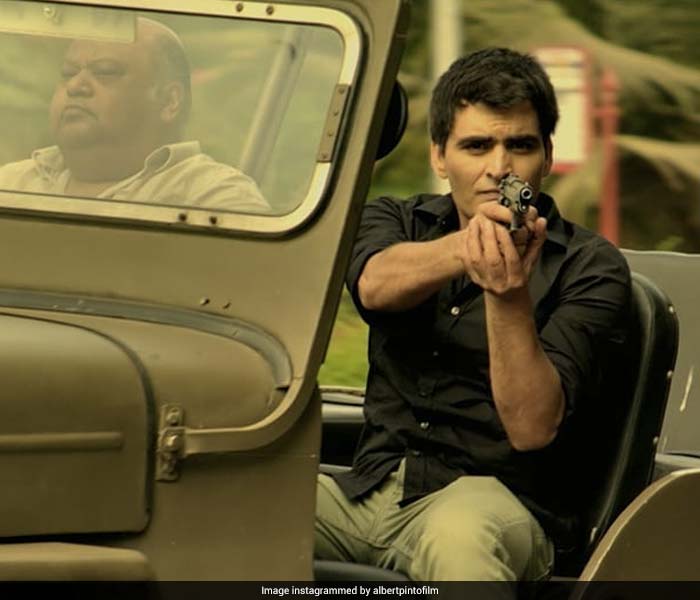 In Saeed Akhtar Mirza's Albert Pinto Ko Gussa Kyun Aata Hai?, the principal character's aggression stemmed from resentment against society at large. In writer-director Soumitra Ranade's reinterpretation of the urban angst theme, the protagonist's actions are fuelled by a clear revenge motive. He dons the cloak of a vigilante even though he cannot fully disguise his inherited vulnerabilities. It is easy to grasp the depth of his despair, but his sense of urgency - on which the film hinges heavily - is somewhat diluted by the road movie tropes that the script adopts.

This film may not be on par with the work that inspired it, but it does have enough to say to justify its existence.