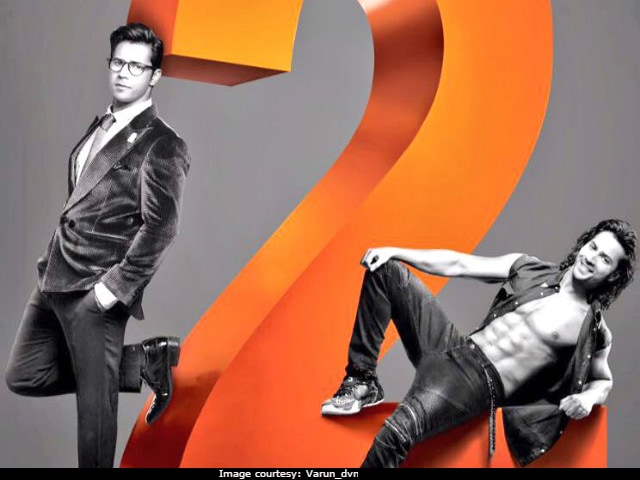 Judwaa 2 First Look: The poster was released on Tuesday afternoon

New Delhi: Varun Dhawan arrived and arrived with a bang in the poster of his upcoming film Judwaa 2 on Tuesday. Varun will play the roles of estranged brothers Raja and Prem Malhotra in the sequel of Salman Khan's 1997 comedy Judwaa. Salman starred opposite actresses Karisma Kapoor and Rambha while Taapsee Pannu and Jacqueline Fernandez have been roped in for the remake. "Prem and Raja are back! Super excited!" wrote Taapsee, who co-stars with Varun in the film. Varun, who shared the poster on Twitter, wrote: "Raja and Prem, who's your pick?" Salman Khan is also expected to do a cameo in the David Dhawan-directed movie. Varun's father also helmed the original version of the movie.

Warning: Proceed only if you can handle Varun Dhawan x 2.

For one of the characters, Varun features as smartly suited while the poster also stars Varun 2.0 as a character sporting unkempt hair and a rock star-like persona. Presenting Varun Dhawan as Raja and Prem:

Varun recently told news agency PTI that Salman got a box full of baggy denim pants delivered to him, which will help him get into the skin of Raja. He also shared an experience from a trial show of the film and said how he got Salman Khan "very upset". "I went for trial (show of Judwaa) and called him Salman uncle he got very upset. He told me 'I will slap you if you call me that, call me Salman bhai. I don't care if you are David Dhawan's son I won't allow you inside theatre if you call me uncle'," PTI quoted Varun as saying.

Promoted
Listen to the latest songs, only on JioSaavn.com
Judwaa 2 has zeroed in on the scenic beach-locales of the Mediterranean and will also have tapori-style dialogues. Judwaa 2 will also feature a reworked version of the popular song Tan Tan Taara from the original 1997 movie. A source close to the film's unit told Mumbai Mirror: "It's a commercial film being planned on a grand scale with beach locations in the Mediterranean. The script is generously peppered with tapori slang and a remix of the chartbuster Tan Tana Tan Tan Tan Tara from the original is in the works. The icing on the cake is that a special appearance is being written for bhaijaan. Salman has already agreed to step in as a 'godfather-gunda' to Varun's twins."

Judwaa 2 went on floors earlier this month and is scheduled for September 29.