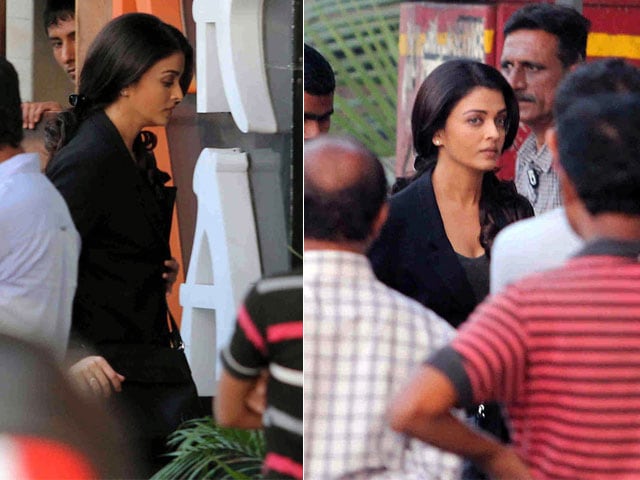 File photo of Aishwarya Rai Bachchan on the sets of Jazbaa

Mumbai: Sanjay Gupta and his team are gearing up for a long schedule of Jazbaa in Mumbai for which they have recreated a replica of the Bombay High Court in Film City. The makers have spent Rs 80 lakh on the set.

Initially, they were keen to shoot the courtroom sequences in the Bombay High Court, however, security issues compelled them to recreate the court in Film City. The schedule begins on June 19.

Nadeem Shah, one of the assistant directors of the films says, "The courtroom sequences are crucial for the film and we have been preparing for it for four months now. The original plan was to shoot at the Bombay High Court but we realised that it wasn't a safe option. Aishwarya's presence would have attracted a lot of crowd and we would have had to arrange for extra security. Also, getting permission to shoot at the court involves a long procedure. Therefore we decided to recreate the court at Film City."

To prepare for creating the set, the crewmembers apparently took a number of interior and exterior shots of the court.

Speaking about the expensive set he says, "We wanted the atmosphere and court proceedings to look as authentic as possible and paid attention to minute details. The total cost of the set is nearly Rs 80 lakh. But then again, if you want to show something genuine, you should be ready to shell out a certain price."