Javed Akhtar, Farhan, Tabu And Others Visit Shabana Azmi At The Hospital

Shabana Azmi was seriously injured in an accident on the Mumbai-Pune Express on Saturday. 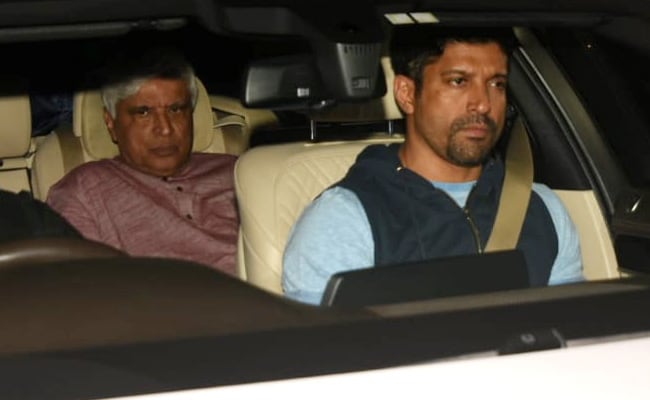 Javed Akhtar along with son Farhan Akhtar, daughter Zoya Akhtar and several other Bollywood stars visited Mumbai's Kokilaben Ambani Hospital on Saturday night, where veteran actress Shabana Azmi has been admitted. Bollywood actress Tabu, Anil Kapoor and his wife Sunita Kapor and Farhan Akhtar's girlfriend Shibani Dandekar were also photographed outside the hospital on Saturday night. Shabana Azmi was seriously injured in an accident on the Mumbai-Pune Express in Maharashtra's Raigad district on Saturday. Ms Azmi's husband and veteran lyricist Javed Akhtar was also in the car but did not suffer injuries, reported news agency ANI. Javed Akhtar and Farhan Akhtar at the hospital. 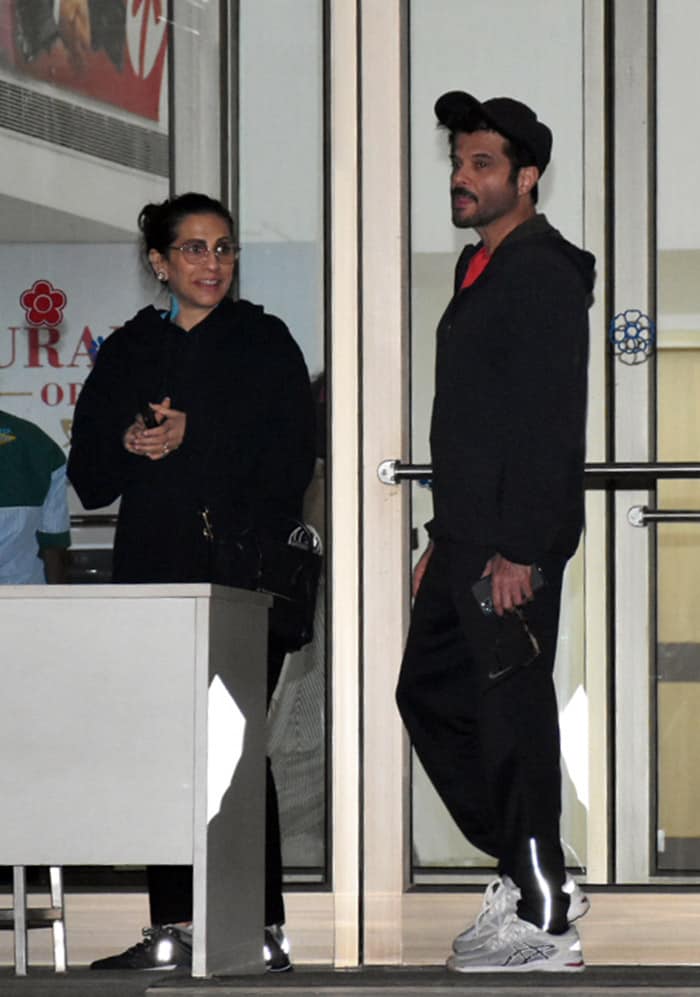 Sunita Kapoor and Anil Kapoor at the hospital. 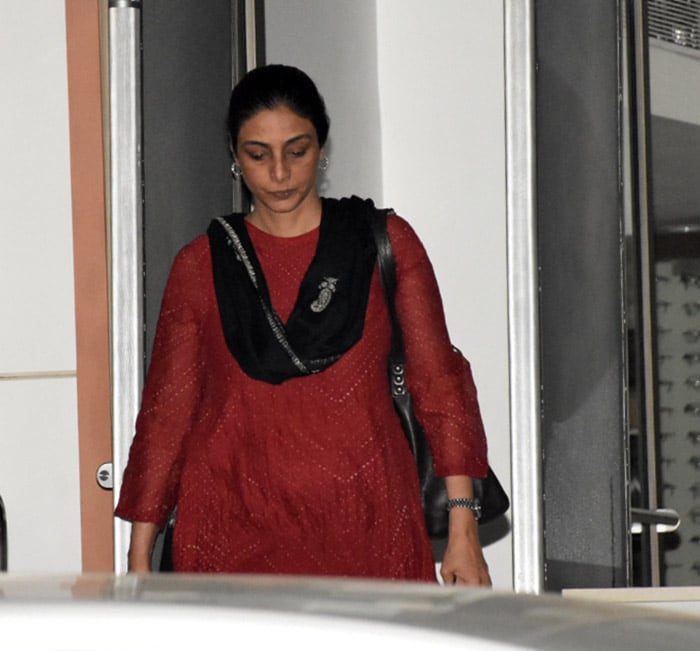 Tabu photographed at the hospital. 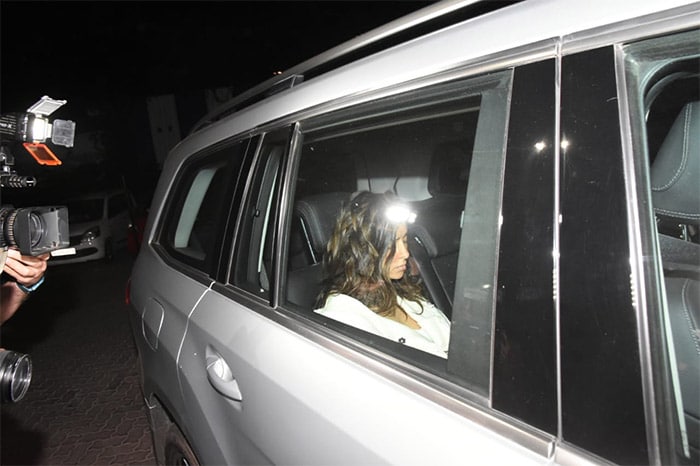 Shibani Dandekar arriving at the hospital. 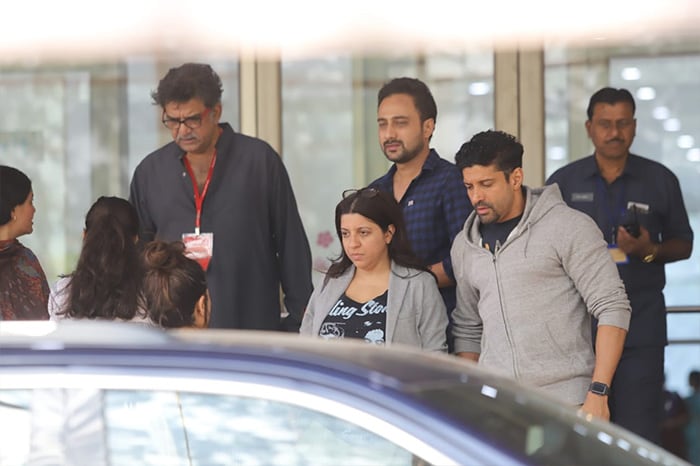 Farhan and Zoya Akhtar at the hospital. 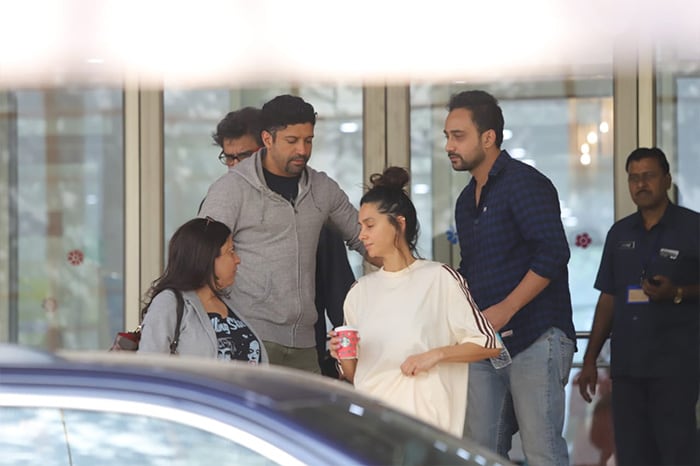 Shibani Dandekar photographed outside the hospital. 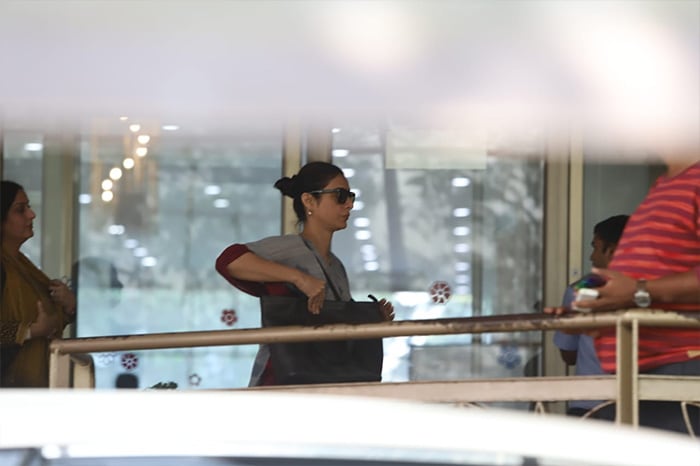 We also got a glimpse of Tabu.

According to reports, Shabana Azmi's Tata Safari SUV rammed into a truck at around 3.30 pm near Khalapur. "She is stable and under observation," PTI quoted Dr Santosh Shetty, Executive Director and CEO of Ambani hospital as saying.

Shabana Azmi, Film and Television Institute of India (FTII) alumna, is the daughter of poet Kaifi Azmi, who also doubled as a lyricist in Bollywood, and actress Shaukat Kaifi. The Padma Shri awardee is best-known for her performances in films such as Ankur, Khandhar, Paar, Arth , Godmother, Swamiand Mandi, to name a few.