Jagame Thandhiram trailer: Dhanush and James Cosmo's characters are introduced as "like brothers" in the initial scenes of the trailer 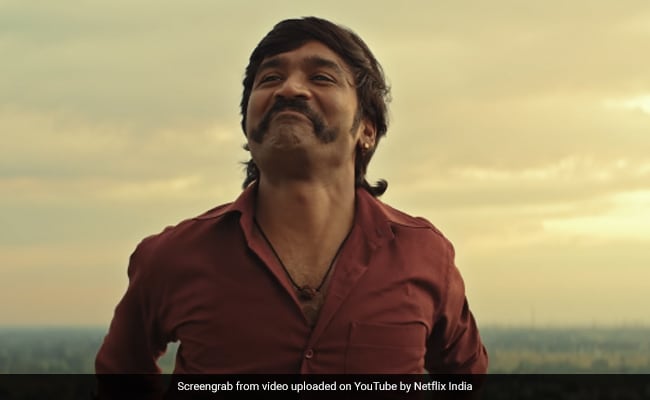 The trailer of Dhanush's gangster movie Jagame Thandhiram is indeed something. Dhanush co-stars with an ensemble cast in Jagame Thandhiram, comprising names such as Joju George, Aishwarya Lekshmi and Kalaiyarasan, among others. But an interesting addition to the cast is actor James Cosmo, who we have seen in international projects such as Games Of Thrones, Braveheart, Chronicles Of Narnia: The Lion, The Witch And The Wardrobe, Troy and Outlaw King, and others. Dhanush and James Cosmo's characters are introduced as "like brothers" in the initial scenes of the trailer, which goes on for two-and-a-half minutes.

The Jagame Thandhiram trailer eventually reveals an intriguing storyline - Dhanush plays the role of a gangster from Madurai, Tamil Nadu, who is hired by London-based mob boss Peter, played by James Cosmo. Peter's agenda is to infiltrate the ranks of rival gangster leader Sivadoss, a character played by Joju George. The trailer describes Suruli as the "original gangster" and has glimpses of intense fight sequences featuring the gangster, who is not afraid to make mistakes - like he says in the trailer.

Jagame Thandhiram was earlier slated to open in cinemas but because of the pandemic, the makers have zeroed in Netflix as the release platform. While sharing the trailer on Tuesday, Dhanush tweeted: "What would have been a great theatrical experience coming to Netflix. Nevertheless hope you all enjoy Jagame Thandhiram and Suruli."

Written and directed by Karthik Subbaraj, Jagame Thandhiram will premiere on Netflix on June 18.