"It's Better Not To Compare": Kartik Aaryan On Bhool Bhulaiyaa 2

"It's better not to compare," said Kartik Aaryan 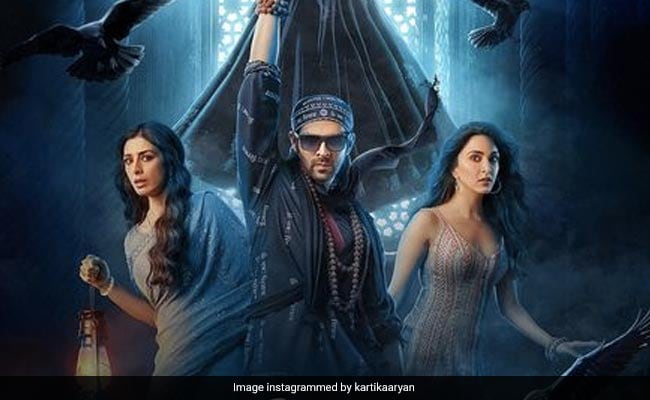 Kartik Aaryan, who awaits the release of the horror comedy Bhool Bhulaiyaa 2, during the film's trailer launch, spoke about the ongoing comparison with Akshay Kumar, who featured in the first installment of the series. "I can't compare because it's too big a shoe to fill. I had loved him (Akshay Kumar) in Bhool Bhulaiyaa 1, and have grown up watching him. It's better not to compare, I love him as an actor. We have tried our best to do it our way. But this is a new film, lot of new elements. I hope people will love it in his own dynamic. Comparisons will happen, but I hope Bhool Bhulaiyaa 2 will be remembered as a new film," stated a Pinkvilla report.

Bhool Bhulaiyaa 2 is the second installment of the popular 2007 horror comedy Bhool Bhulaiyaa, which starred Akshay Kumar as a psychiatrist named Aditya Srivastava. Shiney Ahuja featured as his friend and Vidya Balan played a character with split personality. She was critically acclaimed for her portrayal as Manjulika/ Avni. The film also featured Amisha Patel, Paresh Rawal, Manoj Joshi, Rajpal Yadav and Vikram Gokhale in pivotal roles.

Directed by Anees Bazmee and produced by Bhushan Kumar's T-Series, Bhool Bhulaiyaa 2, also stars Tabu, Kiara Advani and Rajpal Yadav and it is slated to hit the screens in May 20.

Kartik Aaryan was last seen in Netflix's Dhamaka.The actor will next be seen in Freddy with Alaya F.