"It Was Very Scary And Risky For Me": Samantha Ruth Prabhu On Playing Raji In The Family Man 2 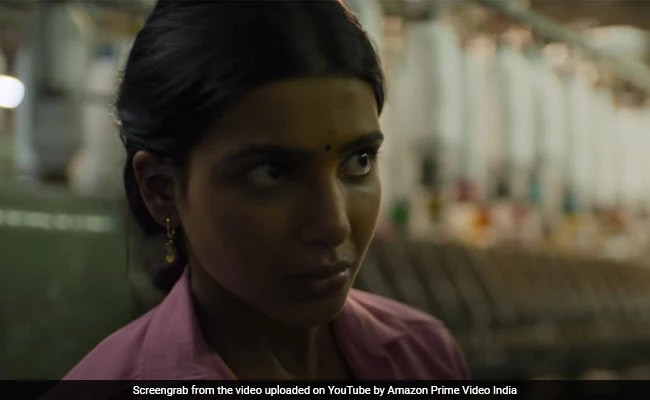 Samantha in a still from The Family Man 2. (courtesy YouTube )

Samantha Ruth Prabhu, who starred as Raji, an unwavering Sri Lankan Tamil liberation fighter on a suicide mission in the web-series The Family Man 2, recently opened up on why she took up the role and what she thought before taking up the project. The actress, in a recent interview with indianexpress.com, said that she thought that her character would receive polarising reactions. She also described the character as "risky." She told Indianexpress.com, "I have been put in this cute girl slot. I thought this role would flop really badly or work really well. It completely hinged on the performance. It was very scary and risky for me."

The actress who recently received the Best Actor Award at the Indian Film Festival Of Melbourne (IFFM), said that she "never expected" the kind of response that she got her portrayal of Raji and she told indianexpress.com, "I never expected so many people to call and message me. I got calls from people who never called me before."

The superstar added that she only takes up the roles that she really believes in. "I don't think I would sign anything thinking it will get me awards. I sign roles that I really believe in. The roles that I believe will make me a better person but the awards are always welcome as they have always inspired me to do better. In that way, I'm thankful for awards," added Samantha.

The Family Man 2 opened to stellar reviews and it is streaming on Amazon Prime Video. Both Manoj Bajpayee and Samantha Ruth Prabhu received massive praise for their performances in the series.

Mumbai Diaries 26/11 Review: Gripping Drama Is Both Heart-Stopping And Heart-Breaking