Justin Bieber Apologises To An Instagram User. "It's Been Eating Me Up All Day," He Writes

“Not quite sure why I felt the need to write that. If he was doing what makes him happy who am I to say anything," he said 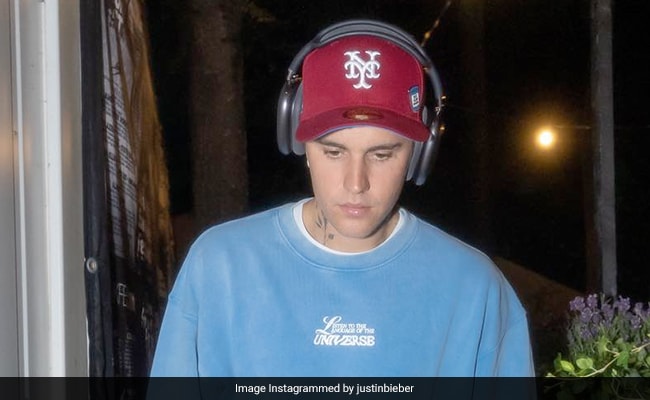 Singer Justin Bieber has issued an apology to a person for passing a comment. The 28-year-old Grammy winner has shared the note on Instagram Stories. It read, “For some reason, I commented on some guy's page, "sad existence" because he was doing something I thought was dumb." Wondering the reason behind his reaction, Justin Bieber said, “Not quite sure why I felt the need to write that. If he was doing what makes him happy who am I to say anything." The singer added, “Hope it didn't hurt his feelings, it's been eating me up all day.” Apologising to the un-named person, he said, "To the dude, I wrote it to the man I am sorry." 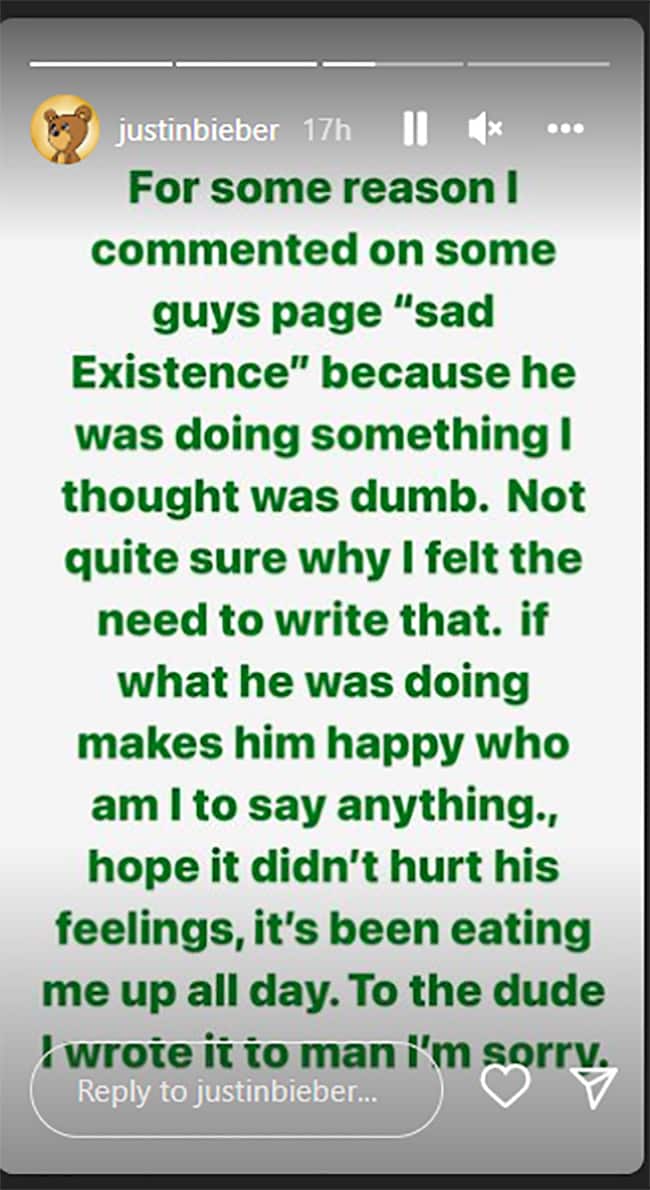 Meanwhile, Justin Bieber has finally returned to the stage months after cancelling a couple of shows from the Justice world tour after his Ramsay Hunt Syndrome Diagnosis. Sharing a series of pictures and videos from the show, Justin Bieber wrote, “Love you guys and I missed you.”

Justin Bieber announced, in June, that he got diagnosed with Ramsay Hunt Syndrome, which led to partial facial paralysis. In a video message, he said, “As you can see, this eye is not blinking, I can't smile on this side of my face, this nostril will not move. So, there's full paralysis on this side of my face. So for those who are frustrated by my cancellations of the next shows, I'm just physically, obviously, not capable of doing them. This is pretty serious, as you can see,” the 28-year-old pop singer said.

Meanwhile, for the Justice world tour, Justin Bieber will travel to more than 30 countries. The Peaches singer will perform at the Jawaharlal Nehru Stadium in New Delhi on October 18.

Justin Bieber is known for his hit numbers, including Baby, Let Me Love You and I Don't Care, among others.