"It Is My Duty To Make A Film For Him": Sanjay Khan On Relaunching Son Zayed In Bollywood

"He is one of the most handsome actors in the film industry," said Sanjay Khan 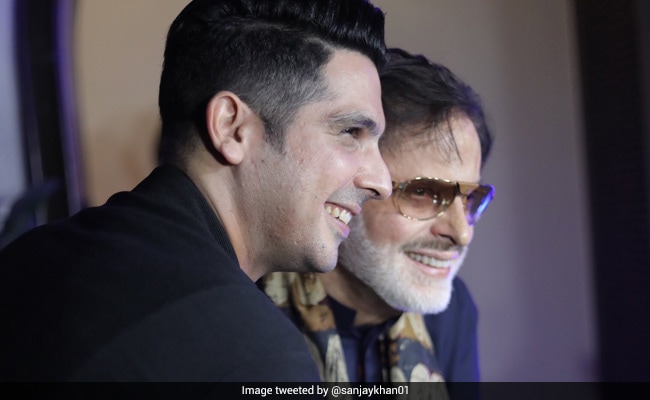 Zayed Khan is all set to make a comeback in Bollywood and the person who will be relaunching him in the industry, is his father and veteran actor Sanjay Khan. When Sanjay Khan was asked about what prompted him to make a film for Zayed, the actor told mid-day that "it is his duty as a father" and added, "He is one of the most handsome actors in the film industry. As a father, it is my duty to make a film for him. The audience will rediscover him in the movie." The film will reportedly be a biopic on war hero, Brigadier Mohammad Usman, who remained with the Indian Army after Partition, rejecting an offer to join the Pakistan Army. Brigadier Usman was killed in the 1947 war with Pakistan and was awarded the Maha Vir Chakra (the second highest military decoration).

Zayed Khan has a strong film background. His father Sanjay Khan, starred in films like Haqeeqat, Dus Lakh, Ek Phool Do Mali, Intaqam and Dhund, among many others. He also directed many TV shows, of which Sword Of Tipu Sultan and Jai Hanuman gained massive popularity. His sister Sussanne Khan (an interior decorator) was earlier married to actor Hrithik Roshan. Zayed's uncle Feroz Khan, a well-known name in the industry, starred in several films until his death in 2009.