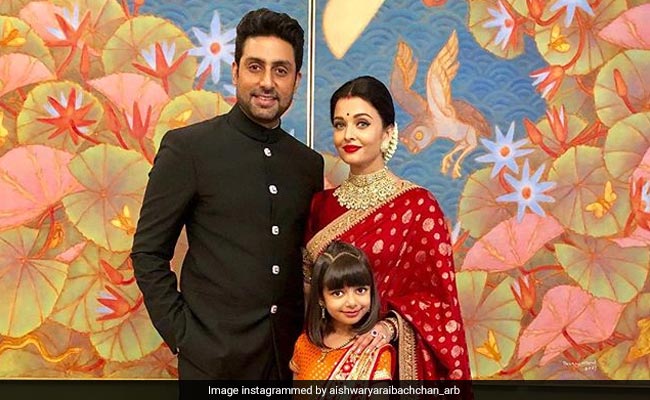 On Isha Ambani and Anand Piramal's wedding day, Aishwarya Rai Bachchan delighted us with a fabulous family photo on Instagram. In the post, Aishwarya and Abhishek pose with their daughter Aaradhya, who is undoubtedly the star of the photo. Aishwarya, who simply added a heart emoticon as caption for the photo, looked stunning in a sindoor red saree from the collections of Sabyasachi. She accentuated her traditional look with an intricately designed necklace and kaan pasha, also from the studios of Sabyasachi. Aishwarya completed her look with a neat hairdo and gajra. Abhishek complemented Aishwarya in a black bandhgala and pants while Aaradhya stole the show just by being adorable.

The little Bachchan was cute in an orange and pink lehenga. She had her hair styled in partitions.

The stunning trio checked in to Isha Ambani and Anand Piramal's wedding venue about an hour after Amitabh Bachchan, Jaya, Navya Naveli and Shweta Bachchan Nanda sent the paparazzi in a tizzy but more on that later. Abhishek, Aishwarya and Aaradhya posed for the shutterbugs patiently before heading inside the venue. Here are some of our favourite clicks. 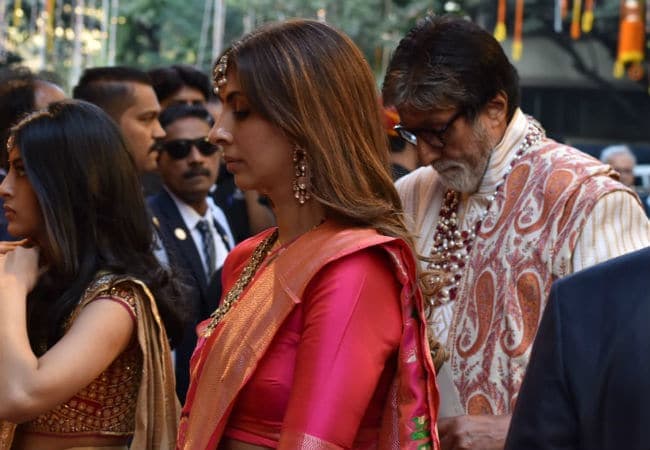 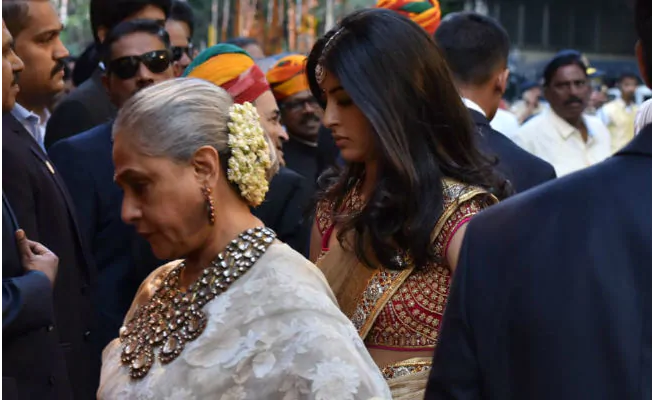 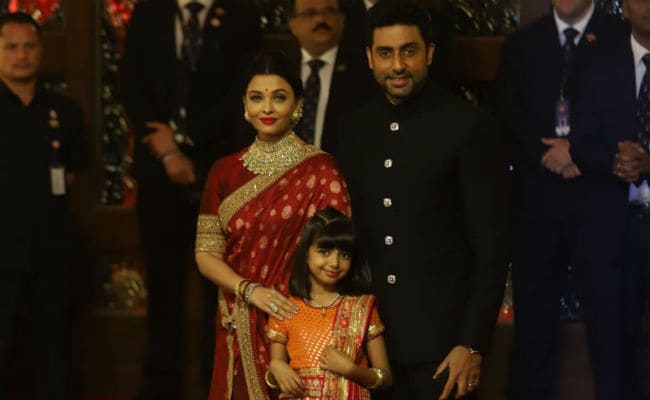 Earlier on Wednesday evening, Shweta Bachchan Nanda Instagrammed a family portrait featuring her parents Big B and Jaya and also Navya. "Mine," she captioned the photo.