New Delhi: The Indian Premiere League has taken the battle to Kolkata's Eden Gardens with Kolkata Knight Riders and Kings XI Punjab pitted against each other on Thursday's match. Ahead of the nail-biting game, the folks at Eden Gardens were treated to a blockbuster dance performance by Shraddha Kapoor, who set the stage on fire grooving to remixed versions of Galliyan from Ek Villain, the title track of Aashiqui 2 and the very popular Chaam Chaam from her film Baaghi. However, Shraddha received the loudest cheers as she danced to the reprised version of Humma Humma from OK Jaanu, which had gone crazy viral when released.

Shraddha shimmered in bronze and gold as she set the stage on fire in Kolkata's Eden Gardens on Thursday evening. Shraddha was accompanied by women red and white sarees draped in typically Bengali style. However, the loudest cheer leader for Shraddha Kapoor was her father, actor Shakti Kapoor, who was spotted waving enthusiastically from the stands. 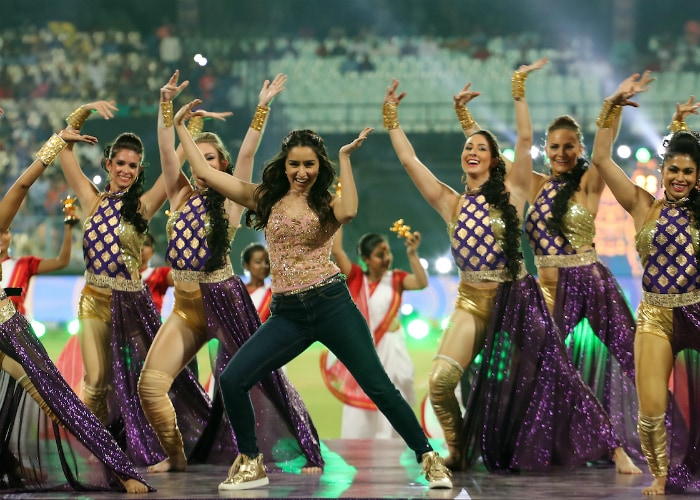 Promoted
Listen to the latest songs, only on JioSaavn.com
Shraddha Kapoor's performance was part of the eight opening ceremony gigs, as planned by the organisers of the Indian Premiere League. Earlier, Amy Jackson kicked off the IPL season with a filmy performance in Hyderabad, which, however, was widely criticised on Twitter.

Meanwhile, Shraddha Kapoor is all set to enthral audiences featuring as a basketball player in Half Girlfriend, which also co-stars Arjun Kapoor. Half Girlfriend is the onscreen adaptation of Chetan Bhagat's novel and stars Shraddha as Riya Somani. Directed by Mohit Suri, Half Girlfriend is scheduled to hit screens on May 19.

Guess The Father-Daughter Duo In This Cuteness Overloaded Video