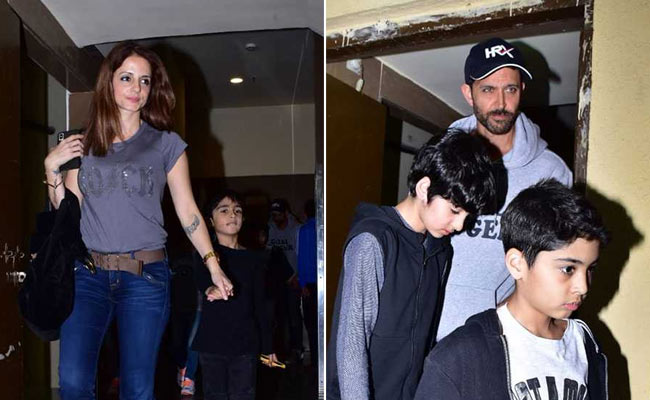 Hrithik Roshan managed to scoop some time off his busy schedule and decided to spend his Sunday with family. The actor was photographed along with his ex-wife Sussanne Khan and their children Hrehaan (12) and Hridhaan (10) at Juhu PVR on Sunday. For his day out with family, Hrithik was dressed in a fairly casual manner. He was seen wearing a grey sweatshirt and a pair of blue denims. He also wore a black cap. Flashbulbs popped at the family of four as they exited the theater. Sussanne was also seen dressed in a grey top, which she paired with blue denims. Take a look at the pictures from Hrithik's fam-jam over here: 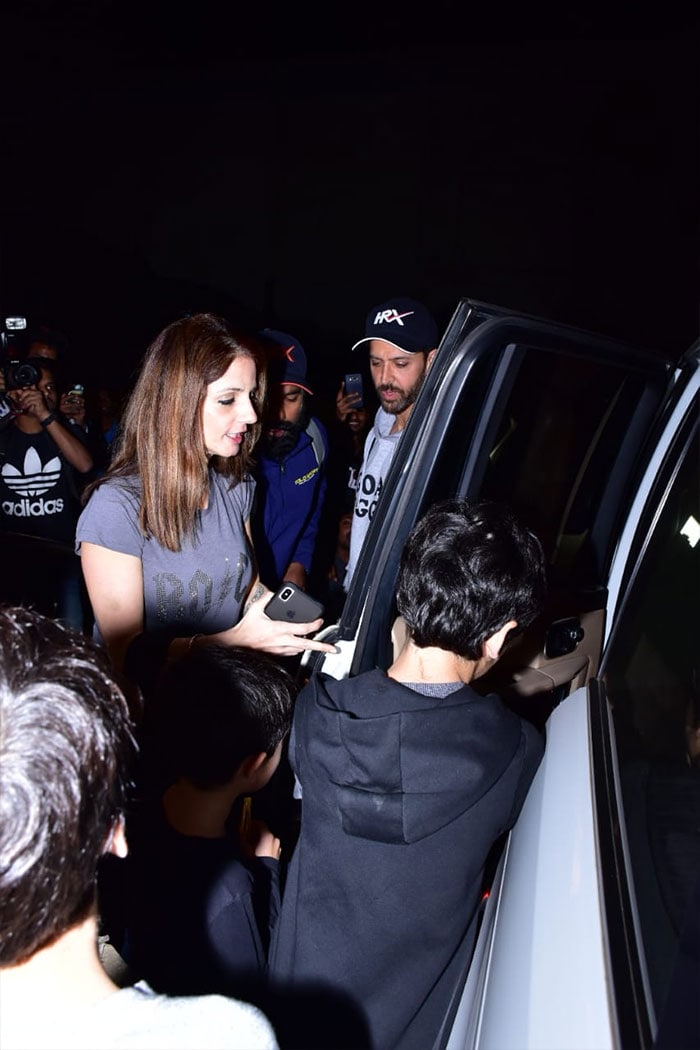 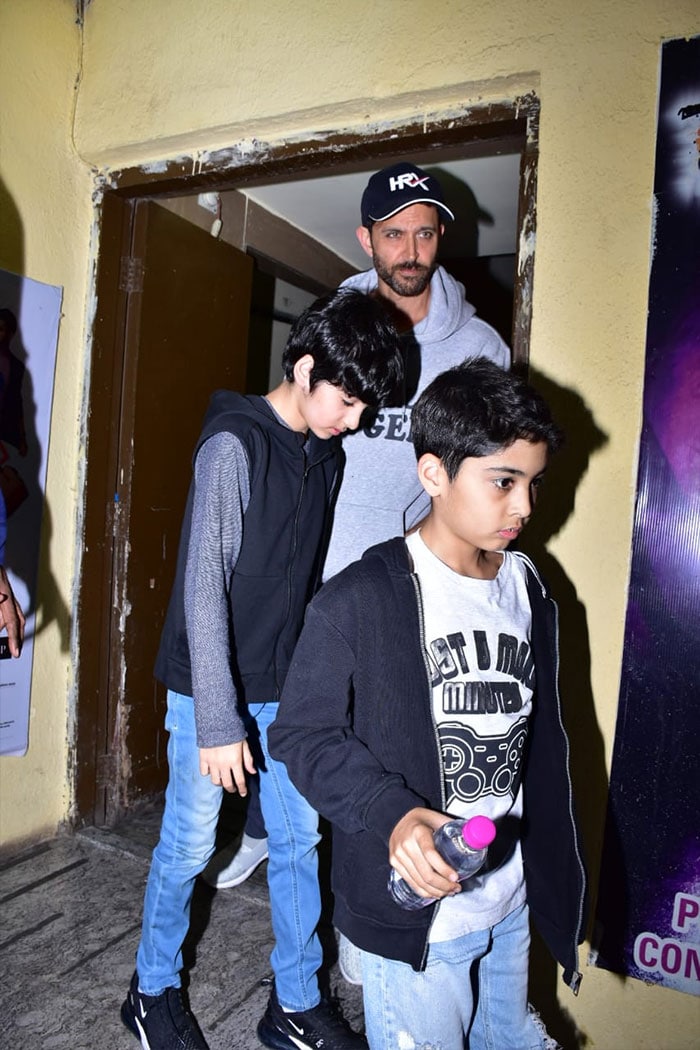 Sussanne Khan outside the theater.

Hrithik Roshan was photographed at the Mumbai airport along with Sussanne, Hrehaan and Hridhaan. The family returned from their London vacation on Sunday. Hrithik was seen dressed in a black leather jacket.

Here are the pictures from the airport: 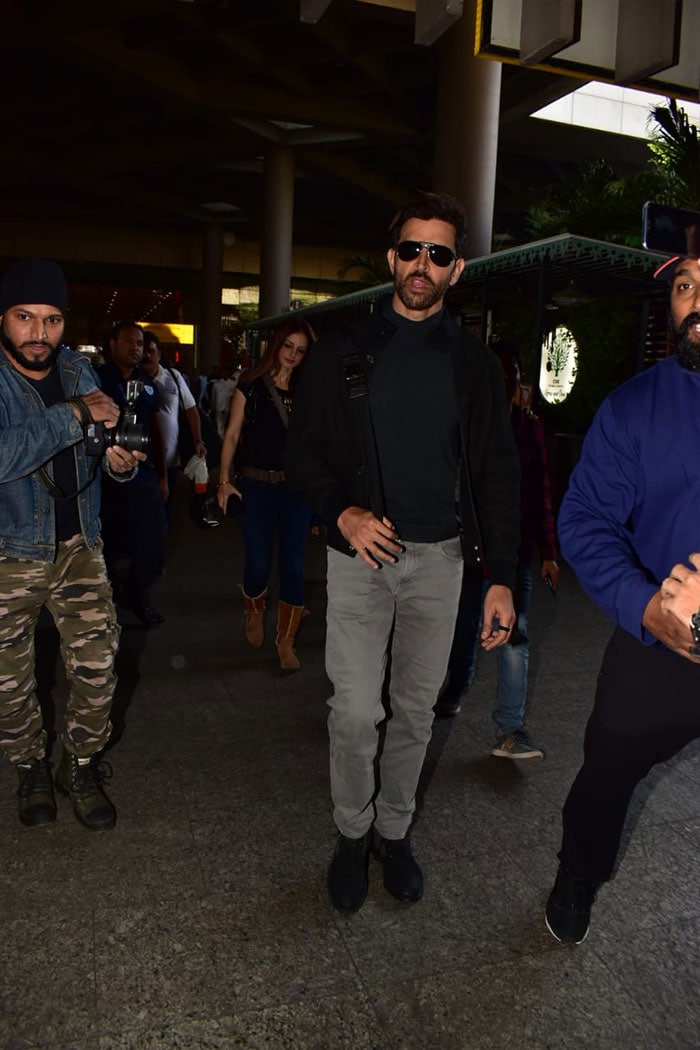 Hrithik Roshan at the airport. 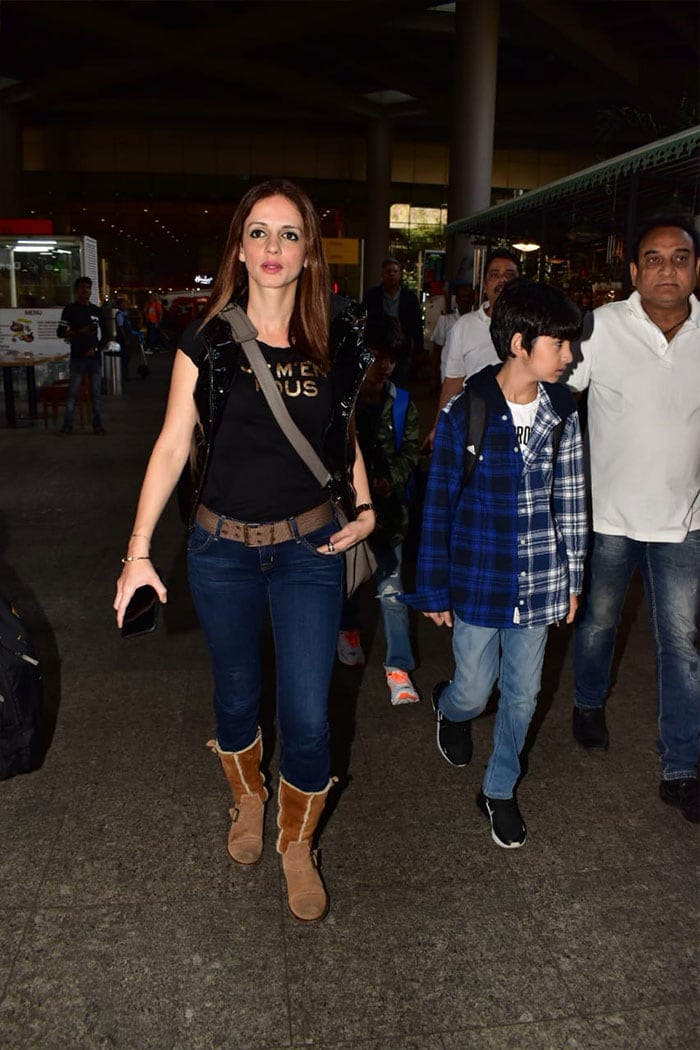 Sussanne at the airport.

Hrithik Roshan and Sussanne Khan occupied a spot on the trends list last month, after Hrithik shared multiple pictures from what appeared to be from a family holiday that he took with took with Sussanne, Hrehaan and Hridhaan. In the post, Hrithik addressed Sussanne as his "closest friend" and he wrote: "Here is Sussanne, my closest friend (also my ex-wife) capturing a moment with me and our boys... A moment in itself."

Here is Sussanne , my closest friend ( also my ex wife) capturing a moment with me and our boys. . A moment in itself. . It tells a story to our kids. That in a world separated by lines and ideas , it is still possible to be united. And that you can want different things as people and yet stay undivided. . Here's to a more united, tolerant, brave, open and loving world. It all starts at home. . #beOpen #bebrave #artoflove #tolerance #courage #abundance #loveisgreaterthanfear #explorersforever #childrenarethefuture #harmony

Hrithik married Sussanne in the year 2000. They got divorced in 2014 and have maintained a cordial relationship. They are frequently spotted hanging out together along with their children.

On the work front, Hrithik Roshan awaits the release of Super 30, in which he will be seen playing the role of the Mathematician Anand Kumar. He also has Siddharth Anand's untitled-project, co-starring Tiger Shroff in the line-up.