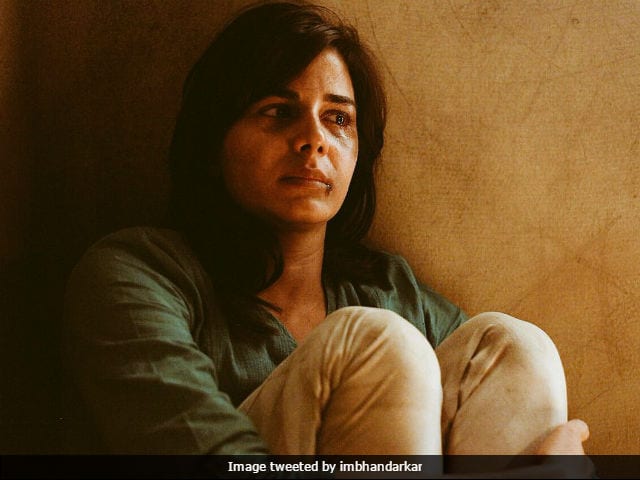 New Delhi: Filmmaker Madhur Bhandarkar posted the first look from his upcoming movie Indu Sarkar on Twitter. The 48-year-old director, who posted two images of actress Kirti Kulhari, thanked her for working hard for the character and making it 'vibrantly alive' on screen. Indu Sarkar is reportedly based on the 21-month long Emergency from 1975 to 1977, when then Prime Minister Indira Gandhi had a state of emergency declared across the country. The film features Neil Nitin Mukesh in the lead role. Recently, a picture of the 35-year-old actor from the movie went viral on social media. The still that was widely circulated on the internet showed the Johnny Gaddaar actor in a white kurta and glasses whispering to Supriya Vinod, who will be portraying the role of Indira Gandhi in the film.

#1stlook of #InduSarkar. Thank you to @kulharikirti for working so hard for my character & getting it so vibrantly alive on screen.pic.twitter.com/NJiaChcAHV

Last year in December, Madhur Bhandarkar posted a teaser poster of the film on Twitter. The shoot for Indu Sarkar was completed last month.

Promoted
Listen to the latest songs, only on JioSaavn.com
The 31-year-old actress was last seen in the 2016 movie Pink co-starring Amitabh Bachchan, Taapsee Pannu, Angad Bedi, Andrea Tariang, Piyush Mishra and Dhritiman Chatterjee. The film, directed by Aniruddha Roy Chowdhury, was specially screened for the Rajasthan Police to train them to be sensitive and sensible about women's rights and dignity. On February 25, President Pranab Mukherjee held a special screening of the movie at the Rashtrapati Bhavan and invited the cast.

Kirti Kulhari will next be seen in Navneet Behal's San' 75 Pachattar along with Kay Kay Menon, Tom Alter and Pravesh Rana.