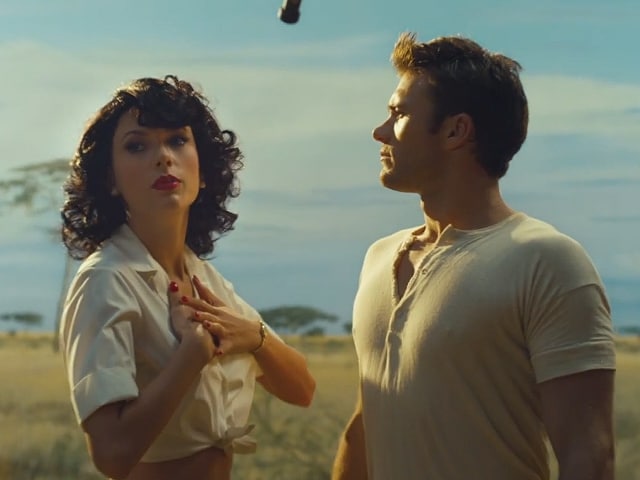 A still from the song Wildest Dreams.

Los Angeles: Singer Taylor Swift's latest music video for her new single Wildest Dreams is being slammed by critics, who claim that it is racist and gratifies "rich white fantasies" from a colonial era, reports dailymail.co.uk.

The video, which was released during the MTV Video Music Awards, has a white cast. The only two black actors, who play soldiers, appear in the background. Wildest Dreams revolves around two 1950s-era movie stars - played by Taylor and actor Scott Eastwood - which is being filmed in Africa. (Also Read - MTV VMAs: Taylor Swift Dominates With 4 Wins)

The footage was also slammed by a number of editorials. Joseph Kahn, director of Wildest Dreams, said the video is just a "love story" without any "political agenda". However, on Twitter fans have trashed the song as "colonial garbage".

"Wildest Dreams is a song about a relationship that was doomed, and the music video concept was that they were having a love affair on location away from their normal lives. This is not a video about colonialism but a love story on the set of a period film crew in Africa, 1950," he said in a statement.

Wildest Dreams is a part of Taylor's fifth studio album "1989".