In Sara Ali Khan's "Major Throwback," What She Could Have Been Saying 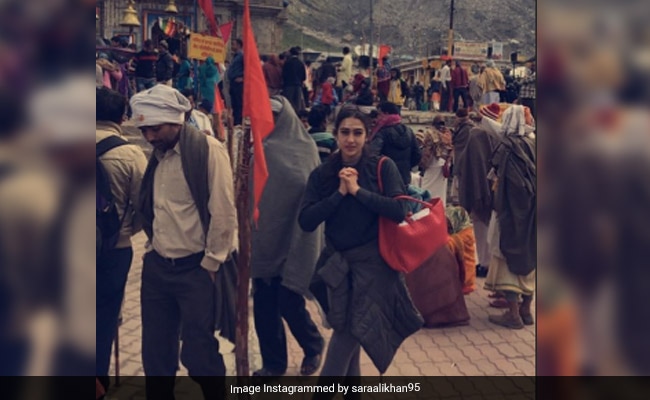 Sara Ali Khan's throwback picture from 2017 proves that she always wanted to say "namaste darshako" to her fans, even before she started her video series of being the tour guide. On Wednesday, Sara shared a throwback picture on her Instagram stories where she can be seen standing in front of Kedarnath temple in Uttarakhand with her hands folded. The picture seems to be from when Sara's debut film Kedarnath was in its pre-production phase - filing began just a couple of months later in September. "Major throwback," wrote Sara. She also wrote that she "could've been saying namaste darshako," and added the date "June 9, 2017" to her post. Take a look: 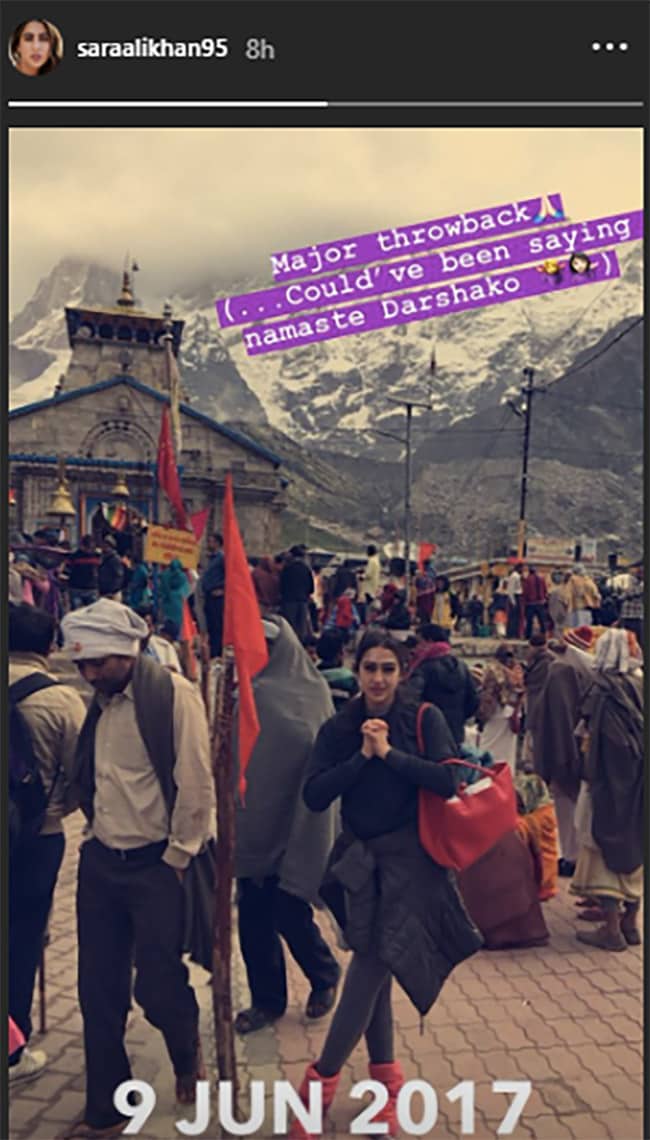 Sara Ali Khan's tour guide videos are a favourite among her fans. In the videos, which start with her signature dialogue "namaste darshako," Sara guides her viewers through various places. She started her "namaste darshako" series with a video in January, where she gave us a tour of New York's Central Park. Take a look:

Earlier, Sara Ali Khan guided us through the famous Vishwanath gali of Benaras. "Namaste Darshako. Banaras ki galliyo se... oh what a lovely day. So much fun- such little you pay. If only in Varanasi one could stay," wrote Sara.

Sara Ali Khan was last seen in Imtiaz Ali's romantic drama Love Aaj Kal where she shared screen space with Kartik Aaryan. Sara has films such as Coolie No 1 and Atrangi Re to look forward to.