In Akshay's Rustom vs Hrithik's Mohenjo Daro, a Message From Twinkle 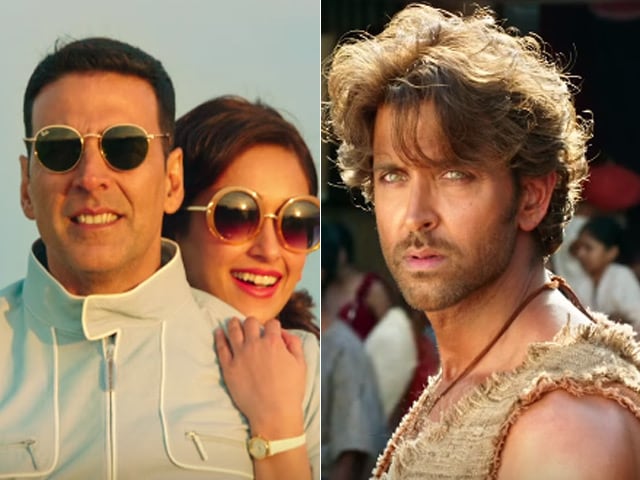 Stills from Rustom and Mohenjo Daro.

New Delhi: Akshay Kumar's new film Rustom will clash with Hrithik Roshan's Mohenjo Daro on August 12 and by all accounts, it will be epic. Neither actor has commented on this impending collision but Akshay's wife Twinkle Khanna has told Hrithik that she's rooting for both films.

This conversation happened on Twitter after Hrithik, 42, praised the trailer of Rustom, which released on Thursday:

@iHrithik want both the movies to do well and we can celebrate together my friend :)

Rustom, directed by Tinu Suresh Desai, features Akshay Kumar as naval commander Rustom Pavri, a fictionalised version of K M Nanavati who was tried and acquitted for the murder of his wife's lover, leading to the scrapping of India's jury system. The film also stars Ileana D'Cruz and Esha Gupta apart from the 48-year-old actor.