"I Was Bitterly Affected By My Early Failures": Anita Hassanandani Reveals How Friend Ekta Kapoor Helped Her Fight Depression

"Calling Ekta a friend is an understatement," wrote Anita Hassanandani 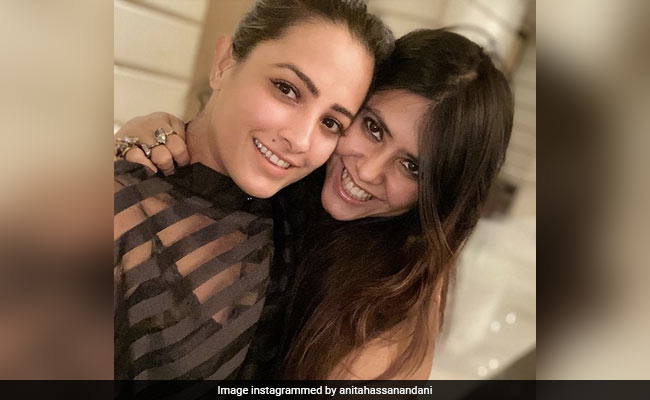 Actress Anita Hassanandani and producer Ekta Kapoor are best friends. The actress, who celebrates most of the festivals every year with the filmmaker and frequently hangs out with her, shared in a recent Instagram post how Ekta Kapoor helped her fight depression when she was "bitterly affected by her early failures." Anita Hassanandani rose to fame for her performance in Ekta Kapoor's Kabhii Sautan Kabhii Sahelii - she had done films and shows before the 2001 soap opera but became a household name after co-starring with Urvashi Dholakia in Kabhii Sautan Kabhii Sahelii. Talking about how Ekta Kapoor supported and helped her during her initial days in television industry, Anita wrote in her post: "I remember those days when I was young, hungry for work but clueless about everything. I was bitterly affected by my early failures but then you came into my life. You not only helped me fight depression but also gave me a new start."

In her post, Anita Hassanandani also called Ekta Kapoor her "guardian angel" and wrote: "That's one of the millions of things I have learned from you, to never give up. That's why even on rough days, I feel secure because of you my guardian angel. You are in every sense of the world, my life's Niyati. Calling Ekta a friend is an understatement. She is a part of my family and she is my Niyati."

Anita's post was also a shout-out to her husband Rohit Reddy. "I would like to thank my two guardian angels for always watching over me, Rohit Reddy and Ekta Kapoor," the actress started her post with these words.

Anita Hassanandani, who is now one of the most popular actresses of television industry, welcomed a baby son earlier this year and post that, took a short break from acting.

She has also featured in a couple of films and in the dance reality show Nach Baliye Season 9.