Hrithik Roshan 'World's Most Handsome Man'? 'Not Really An Achievement': His Reaction

"According to me, if there's anything one should aspire for and value the most in this world, it's their character," said Hrithik Roshan 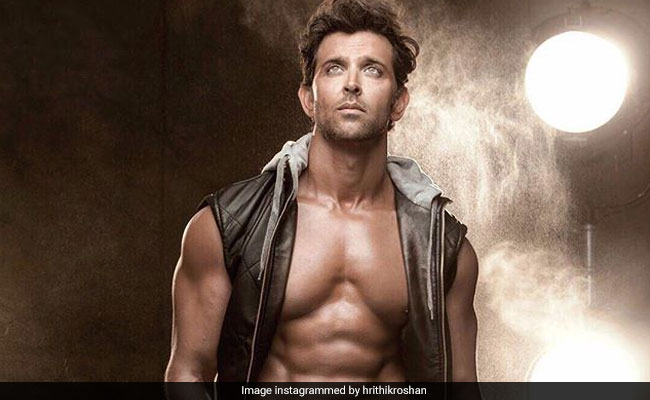 Actor Hrithik Roshan was recently reportedly named 'World's Most Handsome Man' by a certain website, as was revealed in a statement on August 14, and the 45-year-old actor's reaction to it is priceless. Hrithik Roshan apparently toppled the likes of Hollywood biggies such as Captain America star Chris Evans, Twilight actor Robert Pattinson and Former England footballer David Beckham. When asked about the secret behind his aura, Hrithik Roshan, reacting to the development, began with a joke: "Well, it's broccoli," Hindustan Times quoted him as saying. Soon enough, he clarified: "Just kidding! I'm thankful for this title although on the face of it, it's not really an achievement."

Elaborating on his point, Hrithik Roshan added: "According to me, if there's anything one should aspire for and value the most in this world, it's their character. A good character will always make you look more attractive," reported Hindustan Times.

Garlic chicken pesto, molten chocolate and calzones. Hopefully three things they'll never pester me to get again since now they know how to make it. #cookingclassescalmcantankerouskids #sundaywellspent

Hrithik Roshan's last release was Super 30, in which he features as Patna-based mathematician Anand Kumar, who trains a batch of 30 aspiring IIT candidates every year and the name of the movie is directly drawn from Mr Kumar's coaching program 'Super 30' - started in 2002 - as part of which 30 financially weak students from Patna are trained for IIT admissions every year. Ahead of the film's release, Hrithik's bronzed out appearance as a Bihari character received some criticism from the Internet.

Hrithik Roshan returns to his handsome-hunk persona in the upcoming movie War, in which he's pitted opposite Tiger Shroff. The action thriller releases on October 2.