How Surveen Chawla Guarded Against Postpartum Depression: 'I Shared My Feelings'

Surveen Chawla said, "One shouldn't have to repress themselves. (Depression) starts from a single instance but becomes a larger problem." 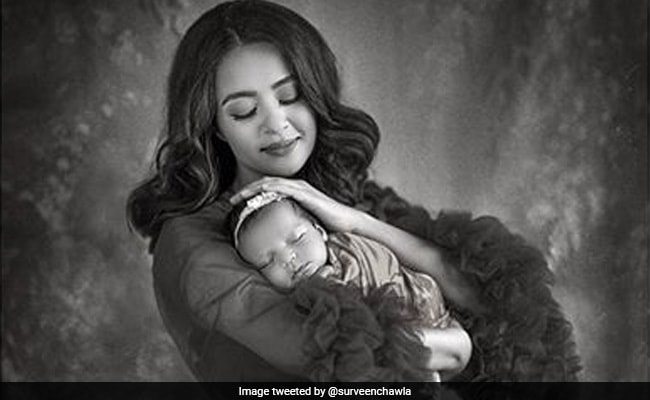 Actress Surveen Chawla, who welcomed daughter Eva in April this year, told mid-day that she consciously worked towards not slipping into postpartum depression by 'staying centred' and 'sharing her feelings' with her husband Akshay Thakker. mid-day reported that Surveen Chawla had heard a lot about postpartum depression and that the 35-year-old actress took steps to evade it. "Since I am expressive, I could vent. I am not diplomatic and I am also lucky to be blessed with a partner who shares everything with me. One shouldn't have to repress themselves. (Depression) starts from a single instance but becomes a larger problem. Throughout my pregnancy, I kept myself in an emotionally sound place," Surveen told mid-day.

"I had knowledge about what was going on with me, and the baby. There were days when my emotions were all over the place. But, I did my best to stay centred, and share (my feelings) with my partner. I reminded myself every day that I was doing the best I could," she added.

After giving birth to Eva, Surveen Chawla took off for a vacation and she also attended several Bollywood events. Surveen Chawla shared uber-glam pictures of herself on Instagram. Surveen revealed her postpartum weight loss regime in the interview and said, "I practised yoga and took to cardiovascular activity and sometimes did both in the same day. I ate only home-cooked food and fortunately, did not crave outside meals. I had put on 18 kilos and now, six months post-delivery, have only five to lose."

Surveen Chawla was last seen in the second season of popular Netflix series Sacred Games while her last big screen appearance was in 2015 film Parched. Surveen hasn't announced her next project yet.