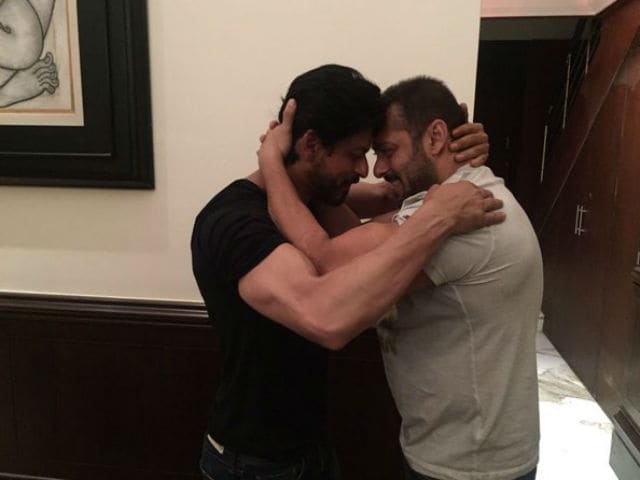 This image was posted in Twitter by Shah Rukh Khan

Now, Salman Khan is a Shah Rukh Khan fan, at least that's what the actor posted on Twitter after watching the film's trailer, which released on February 29.

Earlier, Shah Rukh had confessed his fan calling for famous personalities like Rajinikanth and Sachin Tendulkar and also for the city of joy, Kolkata:

Rajni Sir, I'm not a star, but just one of your countless fans Thalaiva @superstarrajini. Proud to be your fan! https://t.co/KyBiZy4vt8

City of joy, city of KKR & the city that still has the old world charm. Kolkata, aami tomake bhalo bashi! Ur fan. https://t.co/qH03VVu26L

Shah Rukh and Salman, co-stars of Karan Arjun had an altercation in 2009, which resolved in 2014 at Salman's sister Arpita's wedding. Since then the duo have been very vocal about their friendship and even came together for an episode of Bigg Boss, where SRK promoted Dilwale. (Also Read: Fan Trailer: This Time, Shah Rukh Khan Will Chase His Fan)