How Priyanka Chopra Lost The American Accent To Win Miss India And Then, Miss World 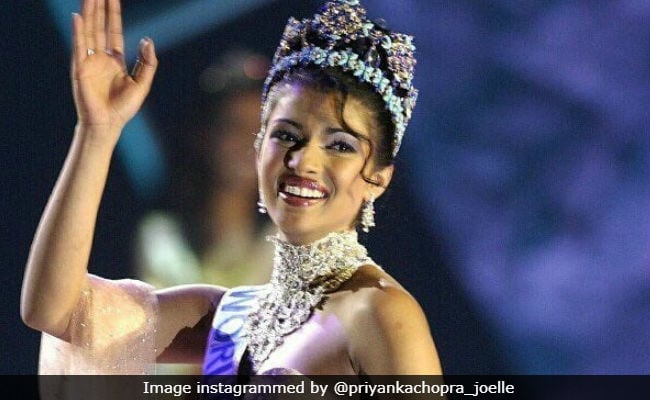 In 2000, 17-year-old Priyanka Chopra won the title of Miss India and later that year she was also crowned Miss World. Speaking to Mumbai Mirror, Sabira Merchant, who trained Priyanka for the home beauty pageant, revealed how the actress worked hard to get rid of the American accent she had acquired while studying abroad. "She had that kind of a nasal twang. I told her if she was going to represent India, she could not come across as a Yankee sounding person. You have to sound Indian in front of the crowd or at least you should get a global English accent and not American English," she said adding that Priyanka's American accent back then was "honest."

Promoted
Listen to the latest songs, only on JioSaavn.com
Sabira Merchant explained: "It was an honest American accent which she had picked up naturally. Nothing was put on. When you are that young, you are impressionable and you pick up the accent you are hearing all around you."

Sabira Merchant also told Mumbai Mirror that Priyanka Chopra worked really hard to compete. She said that Priyanka followed her to Mumbai's SNDT University (where Ms Merchant was teaching then) for her queries. "I would be like, 'Now Priyanka we have done enough work. You can relax, you are okay.' And she would say, 'No, no, just one more question.' She was so bent on improving herself. She was so keen that it was just unbelievable.

Three years after her Miss World victory, Priyanka Chopra joined films but her second major brush with accent acquisition came in 2015 when she was cast as Alex Parrish in Quantico. Priyanka plays the role of an American FBI agent with an "American accent" in the show, which is currently airing its final season. In 2015, when Priyanka was promoting Quantico, she had said that Indians were "made fun of" because of their accent.