How Morgan Freeman Performed a Task on Jimmy Kimmel Live 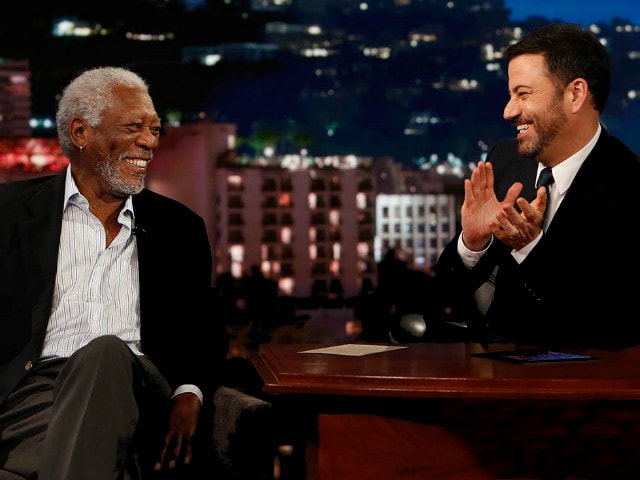 Los Angeles: Academy Award-winning actor Morgan Freeman turned narrator during an appearance on show Jimmy Kimmel Live! when he was asked to talk about the life of an unsuspecting pedestrian.

On the couch of popular host Jimmy Kimmel's late night show, Mr Freeman was given the task of narrating the life story of a random man walking on the street. The stranger in question was dressed in a red checked shirt armed with a selfie stick.

"Perfect Selfie Paul, that's what we called him. How he loved that selfie stick," Mr Freeman said behind the camera.

After watching the man search for good selfie lighting to no avail, he walked off camera, but soon another stranger reappeared.

He concluded with line: "Just two grown ass men taking pictures of themselves on a f**king stick."