Kangana, earlier revealed that she took hormone pills for her transformation into Jayalalithaa 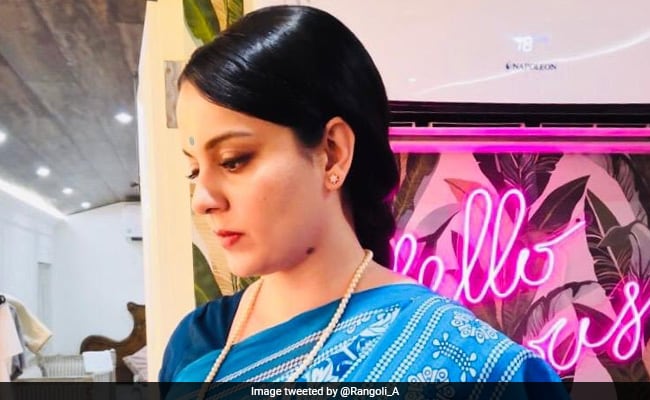 Kangana Ranaut has set a goal for herself and it is anything but easy. The 32-year-old actress, who gained 20 kgs for the Jayalalithaa biopic Thalaivi, wishes to shed it for her forthcoming films Tejas and Dhaakad. On Wednesday, the actress' team posted a video from her workout session on Instagram. In the video, Kangana can be seen measuring her weight. The caption on the video read, "Issa transformation goal. Kangana Ranaut has 2 months in hand and 20 tough kilos to lose for her fierce character in Dhaakad! Here's to her ambitious, goal-oriented, and perfectionist spirit."

ISSA TRANSFORMATION GOAL #KanganaRanaut has 2 months in hand and 20 tough kilos to lose for her fierce character in #Dhaakad!! Here's to her ambitious, goal oriented, and perfectionist spirit.

Kangana, who will play the lead role in Thalaivi, in an interview last year, revealed that she took hormone pills for the film. Speaking of her transformation into Jayalalithaa, Kangana told mid-day, "Since I am tall and skinny, and my face is angular, not round, I had to take mild doses of hormone pills to look different. Of course, I also started eating foods that promote weight gain."

In Thalaivi, Arvind Swami will feature as Maruthur Gopala Ramachandran (MGR). Directed by Vijay and co-produced by Vishnu Vardhan Induri and Shaailesh R Singh, the film will release in Hindi, Tamil and Telugu on June 26, this year.

On the professional front, Kangana Ranaut was last seen in Ashwiny Iyer Tiwari's sports drama Panga, co-starring Richa Chadha, Neena Gupta and Jassie Gill. The actress also has Sarvesh Mewara's Tejas in the pipeline, in which she will play an Air Force pilot. She will also be seen in Dhaakad.