How Excited Is Ranveer Singh About Going To U2's First Ever India Concert With Deepika Padukone? Very

On his Instagram live, Ranveer Singh said he was on his way to pick up Deepika 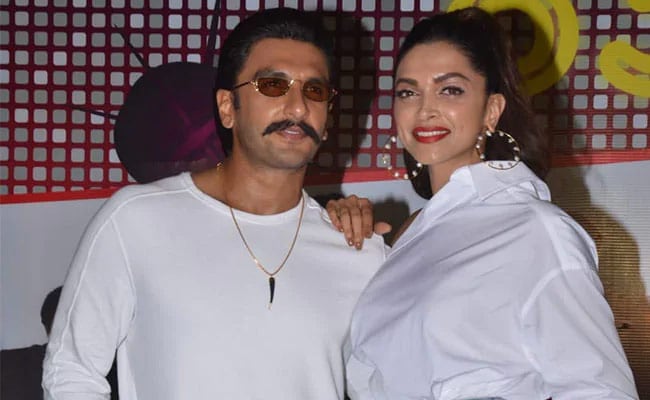 Ranveer and Deepika in Mumbai

It is a Sunday Happy Sunday indeed for all U2 fans, which includes Ranveer Singh and Deepika Padukone. The Jayeshbhai Jordaar actor went live on Instagram hours before the U2 concert in Mumbai and revealed that he was on his way to pick up Deepika Padukone for the U2 concert. Which means fans will get to see Deepika and Ranveer cheer for the legendary Irish rock band at Mumbai's DY Patil Stadium. Ranveer, who was jamming to U2 tracks during his Insta live session, was asked about Deepika's whereabouts when he said: "A lot of people asking where's my baby , I'm going to go pickup my baby now and we are going to this concert." Aww... how cute is that? He also panned the phone camera and showed huge banners of the U2 concert in Mumbai to show his excitement as he said: "Check it out... check it out!"

"A lot of people asking where's my baby , I'm going to go pickup my baby now and we are going to this (U2) concert " - Ranveer on his live about Deepika #deepveerpic.twitter.com/pIr1SSFkxW

[PICS] Deepika Padukone in bike shorts for the U2 concert today pic.twitter.com/aGIiJvUGVn

U2 band members Bono, The Edge, Adam Clayton and Larry Mullen Jr touched down in Mumbai on Thursday and were welcomed by a sea of paparazzi and had no qualms about striking quirky poses for the shutterbugs. U2 is in Mumbai for their first ever concert in India, which marks the closing performance of their The Joshua Tree Tour 2019, which celebrates 32 years of their album The Joshua Tree, which released in 1987.

On the work front, Ranveer Singh wrapped the shooting of sports drama '83 and has Jayeshbhai Jordaar next in the line-up whereas Deepika will soon be seen in Chhapaak. Deepika also stars in Ranveer's '83, releasing next year.