How Avengers: Endgame Making Was Enabled By Recording Of Cheering Indians 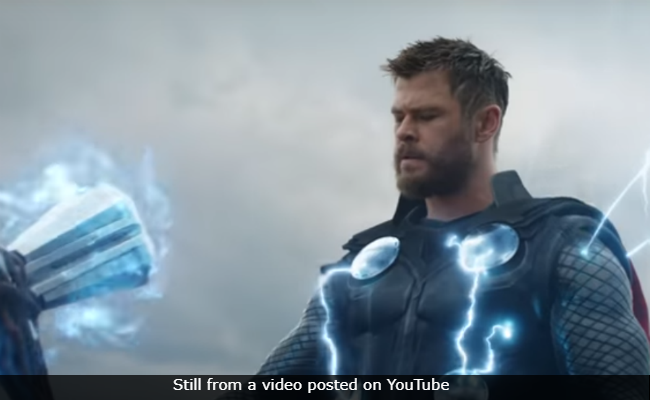 A still from the trailer of Avengers Endgame. (Image courtesy: YouTube)

Avengers: Endgame co-director Joe Russo says Indian audiences played an important role in making of the highly-anticipated Marvel movie. How? With loud cheers and applause. "There was a recording of Indian audience watching the Avengers: Infinity War and the cheer when Thor lands in Wakanda... The cheers sounded like (coming from) a football stadium. We used to listen to that recording whenever we would get tired (working) on Avengers: Endgame because it took us a very long time and it was a difficult movie to finish," said Joe, one half of the Russo brothers.

"It would inspire us. We feel very connected to Indian audiences because of that," he added. Marvel Studios' Avengers: Endgame, starring Robert Downey Jr, Chris Hemsworth, Chris Evans and Scarlett Johansson, will release in India on April 26 in English, Hindi, Tamil and Telugu.

The film is a continuation of Avengers: Infinity War, which left Marvel fans in shock with the failure of the superheroes against the super villain Thanos. Joe, who was in Mumbai for the promotion of the film, also opened up about his style of filmmaking.

"We make these films because we come from a time when growing up was about sharing stories and entertaining each other and engaging with each other emotionally. We try to do it with the world we makes in these Marvel films.

"Talking about Indian fans, he said: "We are paying attention to the way people are reacting to films and it was very clear to us how India is responding especially with Avengers: Infinity War. Marvel has become very popular in India very quickly."