How Anushka Sharma Is Reliving 'Childhood Memories' With Virat Kohli

Anushka Sharma and Virat Kohli are reportedly on a holiday in Bhutan. 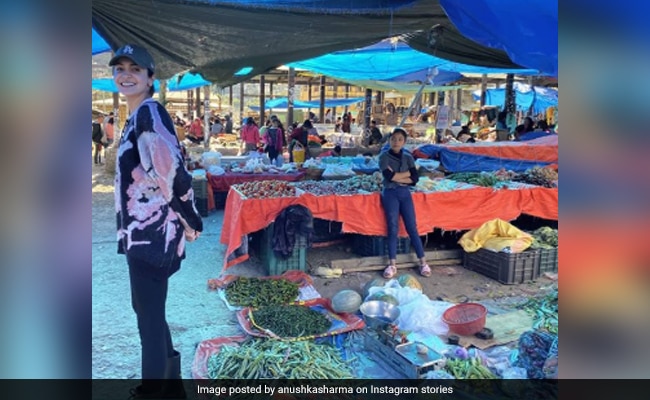 Anushka Sharma and her cricketer husband Virat Kohli are reportedly on a holiday in Bhutan (as per a Pinkvilla report) where they will celebrate the latter's 31st birthday tomorrow. On her Instagram story, Anushka Sharma shared snaps of the idyllic landscape of her holiday destination followed by glimpses of her trip to the local vegetable market. "Felt genuine joy of being in a sabzi mandi... Brought childhood memories back," Anushka Sharma captioned the post. For her day as a local, Anushka Sharma opted for a pair of jeans paired with a printed top and a baseball cap. She was all smiles. So far, Anushka hasn't posted a picture of herself with Virat Kohli from their Bhutan vacation. 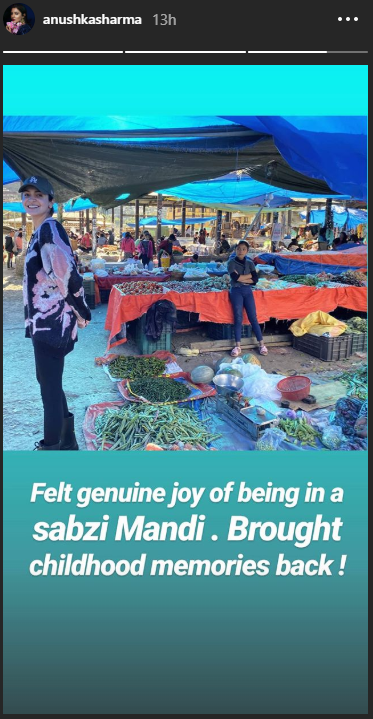 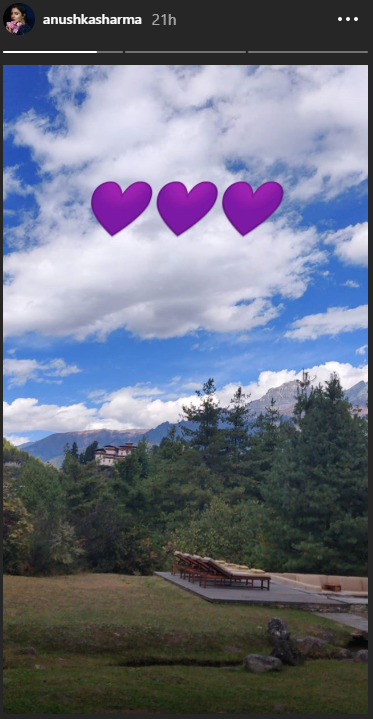 Recently, Anushka Sharma trended big time after it was reported that she was served tea by cricket selectors, which she dismissed as 'false stories' in a strongly-worded Instagram post. In the post, which went viral almost instantaneously, Anushka said that she's speaking up now because 'someone's silence cannot be taken as their weakness.' Anushka's colleagues from the film industry including Ranveer Singh, Arjun Kapoor and Parineeti Chopra cheered her hard-hitting statement. Arjun Kapoor wrote, "She hits it out of the park," while Ranveer quoted a dialogue from Gully Boy, "Hard hard ... Diyela hai."

On the films front, Anushka Sharma was last seen in Aanand L Rai's Zero and she hasn't announced her next project yet. Anushka Sharma's Clean Slate Films has collaborated with Netflix India for two web-series and one film.