Ujjwal Chopra, who played Gora Singh in "Padmaavat", is set to star in a negative role in an upcoming show Hankaar 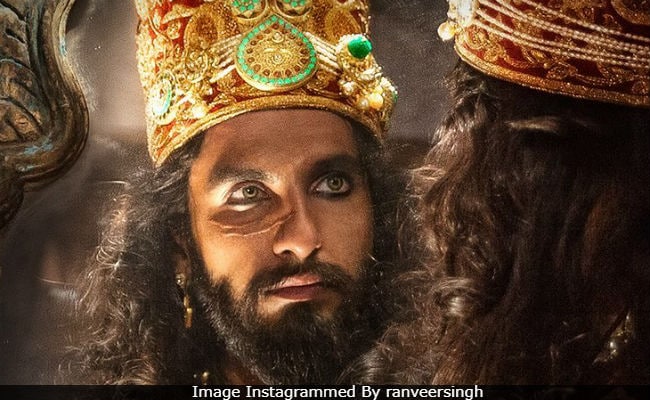 Actor Ujjwal Chopra, who played the role of Gora Singh in "Padmaavat", starring Deepika Padukone, Ranveer Singh and Shahid Kapoor, is set to star in a negative role in an upcoming show Hankaar. He told news agency IANS that acting with Ranveer, who played the menacing Alauddin Khilji in "Padmaavat" helped in approaching his role of Z in Hankaar differently. Of co-starring with the actor, he told IANS, "It was enthralling to watch Ranveer Singh play a menacing character with dedication and honesty. As an underworld don, Z, too is devoid of any compassion. Acting alongside Ranveer in Padmaavat aided me in approaching Z from a different perspective."

Ujjwal Chopra also revealed about his role in Hankaar and explained how Z (an underworld don) and Gora Singh have helped him in his acting career. "Z is quite different from what I have played so far. He is mysterious, dangerous and quite the opposite of the courageous Gora Singh. Both roles are poles apart and extremely challenging to play. Playing these characters helped me in discovering my own strengths as an actor."

"Padmaavat", directed by Sanjay Leela Bhansali, is one of the highest-grossing films of 2018. The film released after severe opposition. Ranveer as Alauddin Khilji impressed the cine-goers and critics too.

Ranveer had earlier revealed that many people had suggested him not to play a negative character but, he took the role of Khilji as a challenge. "When I was offered "Padmaavat", most people were of the opinion that a hero should not play the anti-hero. But I believed otherwise. I saw Khilji as a challenge for me, as an actor. And I wanted to take the challenge up. I took a big risk with this character and it's wonderful to see my gamble pay off," he told PTI. (With IANS and PTI inputs)