"I'm looking forward to what exactly changes around me," said Bani 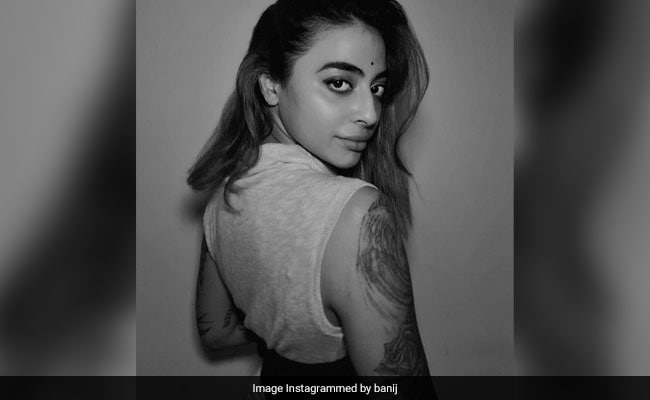 Actress Bani J, who is one of the stars of web-series Four More Shots Please!, hopes that she will be "taken more seriously as an actor" after her show got a nomination at the International Emmys 2020, reported Hindustan Times. Four More Shots Please!, co-starring Sayani Gupta, Kirti Kulhari and Maanvi Gagroo, received a nomination in the Best Comedy Series category at this year's International Emmys. In an interview with Hindustan Times, Bani J, born Gurbani Judge, said: "This is unbelievable. We can't even get over the discussions. Such recognition does validate the contribution of everyone who worked on the show. Hopefully, I'll be taken more seriously as an actor. So, I'm looking forward to what exactly changes around me."

Bani J was first seen in the fourth season of MTV show Roadies in 2006. She later hosted Roadies from season 6 to season 12 and went on to participate in reality shows like Khatron Ke Khiladi 4, I Can Do That and Bigg Boss. Bani J made her debut in Bollywood with Himesh Reshammiya's Aap Kaa Surroor. She has also starred in movies like Soundtrack, Zorawar, Thikka and Ishqeria. However, her breakthrough role was in Four More Shots Please! - released in January, 2019.

Four More Shots Please! revolves around the story of four best friends (Bani J, Sayani Gupta, Kirti Kulhari and Maanvi Gagroo) who are determined to take the world on their own terms. They overcome challenges individually and together, building their bond stronger each day. The second season of the web-series released in April this year.

Actor Arjun Mathur has also bagged a nomination in the Best Actor category at the International Emmys for his performance in the web-series Made In Heaven. Netflix's original Delhi Crime, starring Shefali Shah, Rasika Dugal, Adil Hussain, Rajesh Tailang, Vinod Sherawat, has been nominated in the Best Drama Series category.