Hope To Bring Sarabhai vs Sarabhai Back: Deven Bhojani 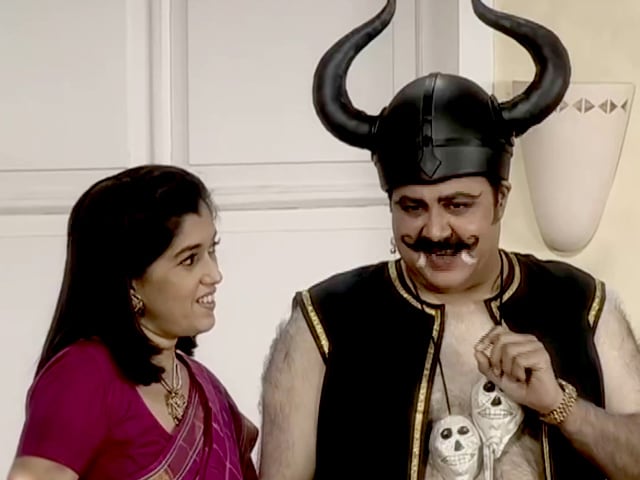 Satish Shah and Ratna Pathak in a still from Sarabhai vs Sarabhai.

Actor Deven Bhojani, who directed hit sit com Sarabhai vs Sarabhai, says he hopes he can soon bring the show back on TV for his fans.

Ever since Sarabhai vs Sarabhai went off air in 2006, there has been a huge public demand for a second season. Bhojani, who also starred in the TV series, said he is ambitious about doing another season of the show.

"I am very grateful to the audience for their love for the show and I am humbled by the fact the people still watch it online or whenever it is aired on TV. It has been almost 8 years that the show ended," Bhojani told PTI.

"We had planned a second season earlier but somehow things did not work out between the makers and the channel. I don't know when it will happen but I am hopeful and ambitious. When we come up with the next season, there will be a time leap for sure," he added.

Bhojani, who has mostly done comedy shows, for the first time has directed an action-based show Pukaar- Call For the Hero with filmmaker Vipul Amrutlal Shah.

The Baa Bahoo Aur Baby actor said he is very excited to try his hands in the action genre and hopes that the audience will accept his new venture.

Promoted
Listen to the latest songs, only on JioSaavn.com
"I am fortunate that people remember and appreciate me for my comic shows. But I am really excited about my venture into the action genre. Vipul has more faith in me than I have in myself. He is my childhood friend. He knows about my talent, my range and that's why he gave me this work. I am happy that we are directing this show together," he said.

Pukaar, which is a 24-episodes series, stars veteran actor Raj Babbar, Rannvijay Singh, Adah Sharma, Prashant Narayanan among others. It will air on Life OK from November 24.