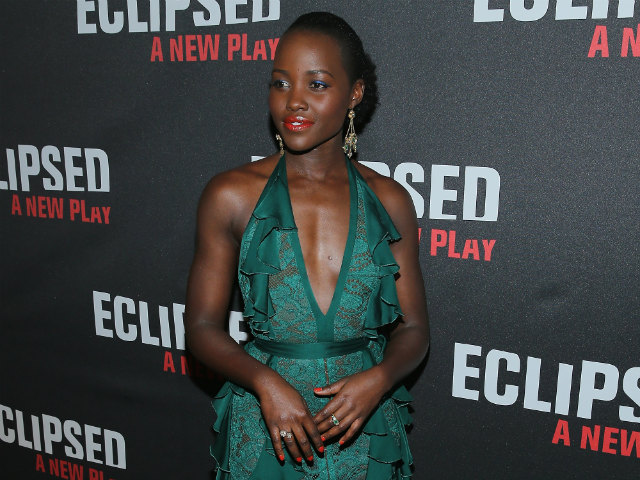 Lupita Nyong'o photographed at an after party in New York. (Image courtesy: AFP)

Los Angeles: Oscar-winning actress Lupita Nyong'o said that there is "real imbalance" in Hollywood when it comes to creation of stories, adding that there is scope to diversify.

The Star Wars: The Force Awakens star shared her views in an interview to InStyle magazine, reports femalefirst.co.uk.

She said: "There is a real imbalance, from the very creation of the stories and who's telling them, how and why. Change has to happen with the writers, the studio, the marketers, the directors."

"That's got to be diversified because there is a hunger for the expansion of the role of people of colour in the centre of narratives," she added.

The 33-year-old star had previously expressed her "disappointment" over the lack of diversity at the 88th Academy Awards. Amid the diversity row over lack of racial diversity in the nominations, the Oscars ceremony was held in Los Angeles last month. (Also Read: #OscarsSoWhite: Lupita Nyong'o Stands With 'Peers Who Call For Change')