High Review: Helmed by Nikhil Rao and co-written by him with Emil Thomas and Nishant Goyal, the series is a strikingly fresh take on opposed facets of a raging drug war. 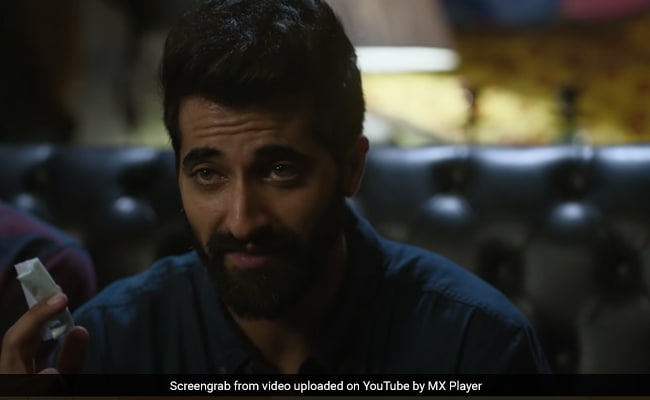 A drug addict in dire straits, three medical researchers scrambling to produce a game-changing hallucinogen, a pharma firm out to scuttle the breakthrough, a trigger-happy detective, a psychopathic Mumbai drug lord and a disgruntled journalist are the key components of High, an MX Player crime drama that does a decent job of balancing thrills and suspense with a polished, pointed articulation of concerns that transcend standard genre tics.

Helmed by Nikhil Rao and co-written by him with Emil Thomas and Nishant Goyal, the series is a strikingly fresh take on opposed facets of a raging drug war. It is bolstered by solid pivotal performances from Akshay Oberoi (as a troubled junkie fast losing grip on his life) and Ranvir Shorey (a hitman haunted by his past).

The supporting cast includes Mrinmayee Godbole, Shweta Basu Prasad, Mantra Mugdh and Kunal Naik. The restrained performances contribute handsomely to making the well-crafted show largely believable even when it appears to be in danger of drifting to the edge of excess.

High plays out in two different time zones - the early 1970s and the present day. The former segment, delivered in the form of a brief prologue to each of the nine episodes, is filmed entirely in black and white and follows an adventurous doctor (Subrat Dutta) and three of his associates searching for a wonder herb in a forest and working to develop a cure for Alzheimer's.

The researchers get into trouble with vested interests that are determined to block a cheap panacea for neurological disorders. The tussle, which leads to several cold-blooded murders, culminates in another vicious cycle of violence five decades on as the underworld jumps into the fray.

High deals with the ugly upshots of criminality, corporate greed and media myopia while delving into the debilitating pressures exerted upon the righteous as they seek to serve the greater good of society. Among these thwarted individuals are a television news anchor who wants to take her job seriously but isn't allowed to - played by Mrinmayee Godbole, this character has a significant presence in the plot - and an ageing scientist (Virendra Saxena) summarily branded a Naxalite because he works for the uplift of the dispossessed.

High rests on a gallery of highly combustible characters driven by impulses and compulsions that, in most cases, border on the extreme. Some of their motives and actions may seem somewhat facile, even probably predictable at times, but their twisted ways are never less than intriguing.

Cinematographers K.U. Mohanan and John Jacob Payyapalli lend the series a sheen that is difficult to miss. It isn't just the lushness of the compositions, or the occasional palpably raw texture of the images, that catch the eye. The fluidity of the camera and the lighting add depth and volume to the visuals, creating acutely apt atmospherics that serve to enhance mood, emotion and dimension.

All the major characters are introduced in the first episode itself, with a Shiv Mathur (Oberoi), stoned out of his wits, getting the lion's share of the footage. His mind is all messed up. He ends up in a mysterious rehab facility nestled on a remote, scenic hill where a lot of the subsequent action unfolds.

The opening chapter also offers fragmentary glimpses of an illegal drugs kingpin Munna (Kunal Naik), a man whose bloodlust is rivalled only by his foot fetish, and a nattily attired gun-for-hire Lakda (Shorey), who frequently breaks into cold sweat as brutal acts of the past flash through his tortured mind. Neither man is of sound mind. Between the two, they tot up a pile of bloodied bodies.

No less important, by the end of Episode One, we also encounter a middle-aged doctor, Shridhar Roy (Prakash Belawadi), and his two assistants, Shweta (Shweta Basu Prasad) and Nakul (Nakul Bhalla), whose covert research facility conceals secrets that tumble out when Shiv recovers from a drug overdose and begins to figure out what exactly is going on out there.

The doctors' work in the lab yields pills that find instant takers among addicts. It shakes up the illegal drugs business, attracting the attention of both the underworld and a pharmaceutical company, whose owner will stop at nothing in the pursuit of profit. The latter is identified in the end credits merely as 'Lady in Saree'.

This woman, played with restraint by Padmavati Rao, orders Lakda to not only find out who is behind the bestselling compound that is flooding the market but also to rein in an intransigent board member (Kaizad Kotwal) who she fears will vote against an upcoming make-or-break corporate merger.

Popular newscaster Ashima Chauhan (Godbole), reduced to peddling fake news for the sake of eyeballs, starts off as part of a subplot that eventually merges with the main narrative. Her plight serves to underscore the parallel between the opium of entertainment that TV news channels dish out and the high induced by psychotropic substances. Both are avoidable addictions but difficult to shrug off.

In one scene, the journalist is offered a job by a rival channel. The lady is excited because she sees this as an opportunity to break free and do real journalism. Turns out that the role the potential new employer has in mind is going to make her do more of the same. You entertain people in the guise of news, why not join an entertainment channel, the honcho mocks her, going to the extent of calling her "a poster girl of fake news". Given the times we live in, Ashima's predicament resonates beyond the plot. The punches do not land with full force because her story is all but shorn of political connotations.

High has its share of expletives, in-your-face violence and the tropes of an underworld saga. All of it is packaged with a certain degree of controlled flair. Oberoi in the role of the reformed drug addict seeking redemption articulates the inner turmoil and resolve of the conflicted Shiv with coruscating sharpness. Shorey brings poise, precision and a dash of macabre humour to the exploration of the mind of a killer. Mrinmayee Godbole and Shweta Basu Prasad have scenes that make demands on them as performers and they are always equal to the task.

Besides Kunal Naik and Nakul Bhalla, who, too, do justice to their meaty roles, High has cameos that count by several other not-so-frequently seen actors - Faezeh Jalali as a 1970s doctor, Bhumika Dubey in the role of a coke-snorting prostitute, Preeti Hansraj Sharma as a kinky gangster's moll, Anoushka Jehani as Shiv's ex Neha, Samridhi Dewan as the younger avatar of the "lady is saree" and Vijay Nikam as an imperturbable but ruthless mafia don.

High is consistently watchable because of the classy craft at its heart - and the heart in its craft.