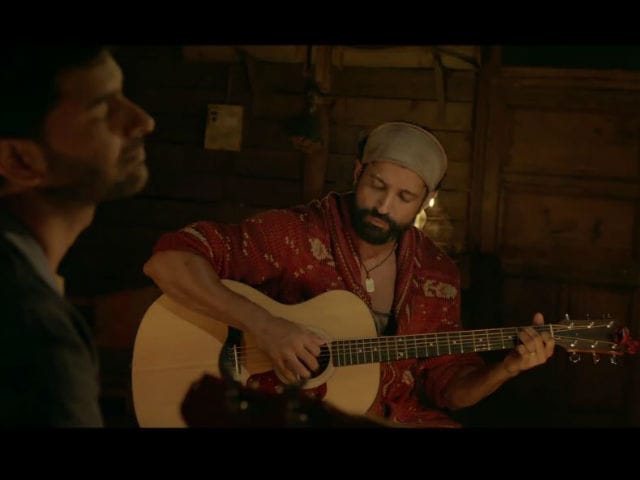 A still from Manzar Naya

New Delhi: There really isn't a better way to start this morning, if Farhan Akhtar's latest tweet is anything to go by. The multi-talented Farhan dons many hats, and his singing ability which first came to the fore-front with his acting debut in Rock On!!reaches new heights with the latest track from the sequel.

'Magik' is now in the North-East, and they have found a new sound with a song like Manzar Naya. Reminiscent of the soothing melody that was present in Tum Ho Toh in Rock On!!, this track is far from the rock melodies in the rest of the album. Like Tere Mere Dil by Shraddha Kapoor, it gives the soundtrack even more 'emotional depth.'

Start your day with the acoustic treat by @ShankarEhsanLoy & @Javedakhtarjaduhttps://t.co/9g7c0s6DIp#ManzarNaya#RockOn2#ReliveTheMagikpic.twitter.com/2sTaS9HAbh

The band, now minus Luke Kenny, spend some time bonding with each other and family. Prachi Desai and Shahana Goswami feature prominently in the song penned by Javed Akhtar and composed by Shankar-Ehsaan-Loy.

Promoted
Listen to the latest songs, only on JioSaavn.com
Watch the song here: