"The photo was taken at the muhurat of Johny Mera Naam," wrote Hema Malini 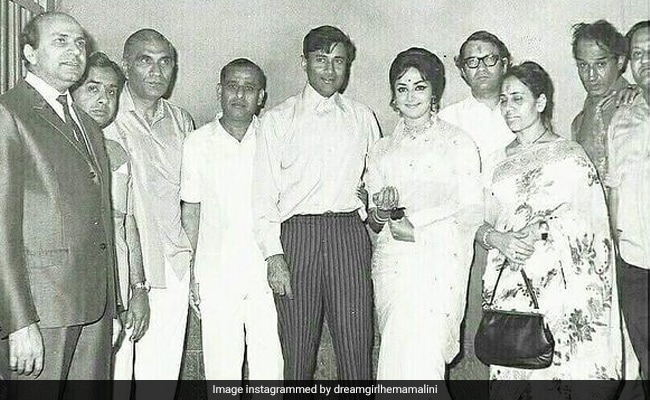 Johny Mera Naam, directed by Vijay Anand, also starred Pran, Jeevan, Premnath, IS Johar and Iftekhar. The film was one of the highest grossing Bollywood movies of the 1970s. It was later remade in Telugu (Eduruleni Manishi), in Tamil (Raja) and in Kannada (Apoorva Sangama).

Hema Malini, who has featured in films like Sholay, Seeta Aur Geeta, Dilagi and Dream Girl, was last seen in the romantic comedy Shimla Mirch, alongside Rakul Preet Singh and Rajkummar Rao.