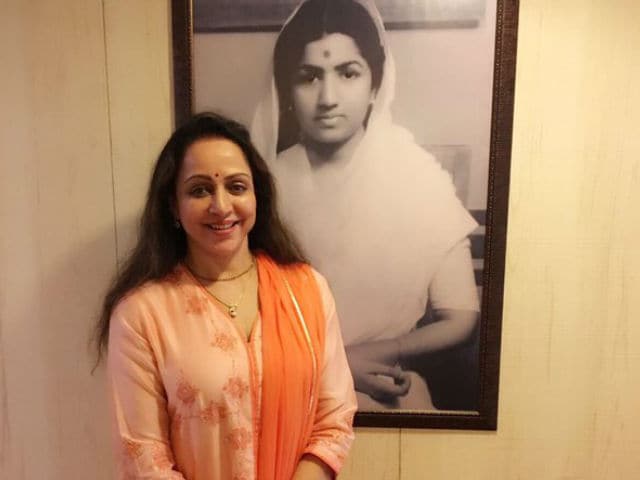 This image was posted on Twitter by Hema Malini

Mumbai: Actress-turned politician Hema Malini is all set to release her debut album of bhajans.

The 67-year-old actress, best known for her roles in films like Seeta Aur Geeta, Sholay, Johny Mera Naam, Baghban and Veer-Zaara, announce the venture on microblogging site Twitter. (Also Read: Hema Malini 'Would Like' to Direct a Film Once Again)

Yday I recorded a lovely bhajan at Lata Mangeshkar studio. Composed by Pandit Jasraj ji. Was assisted by his disciple Tripti ji.

I am discovering a new Me who I didn't know even existed! Singing is such an enthralling experience & I'm enjoying my new avtaar totally

She further shared that the lyrics of the bhajans have been written by Narayan Agarwal.

Lyrics-Narayan Agarwalji Music coordination-Vivek Prakash. I'm comg out with an album of bhajans v soon& will need ur encouragement& support