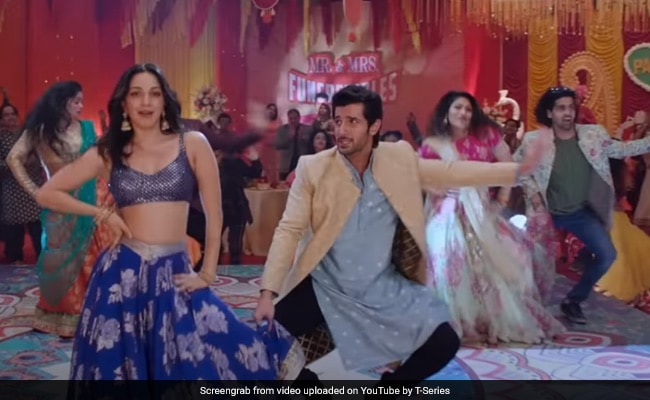 The first song from Kiara Advani's upcoming film Indoo Ki Jawani released on Wednesday and it started trending instantly. The song titled Hasina Pagal Deewani is the first track to release from the film. It features the film's lead actress Kiara Advani along with Aditya Seal. In the video, Kiara dances her heart out, irrespective of what people think about her and the way they perceive her. Aditya Seal, who is initially reluctant to join the dance floor, can't help but groove after seeing Kiara's unmatchable energy. The peppy track has been Mika Singh and Asees Kaur. The lyrics are by Shabbir Ahmed. It is a remixed version of Mika Singh's Saawan Mei Lag Gayi Aag.

Indoo Ki Jawani showcases the story of a feisty girl named Indoo Gupta, who belongs to Ghaziabad. After being an active user of dating apps, her life leads to a comedy of errors. The film has been directed by Abir Sengupta and it has been co-produced by Monisha Advani, Madhu Bhojwani, Nikkhil Advani, Niranjan Iyengar and Ryan Stephen. Indoo Ki Jawani also features comedian Mallika Dua.

Earlier, Indoo Ki Jawani was slated to release on June 5. However, the film's new release date hasn't been announced yet. The film might have a digital release, reportedly.