Haseena First Look: Shraddha Kapoor As The Queen Of Mumbai Is All That You Want To See Today 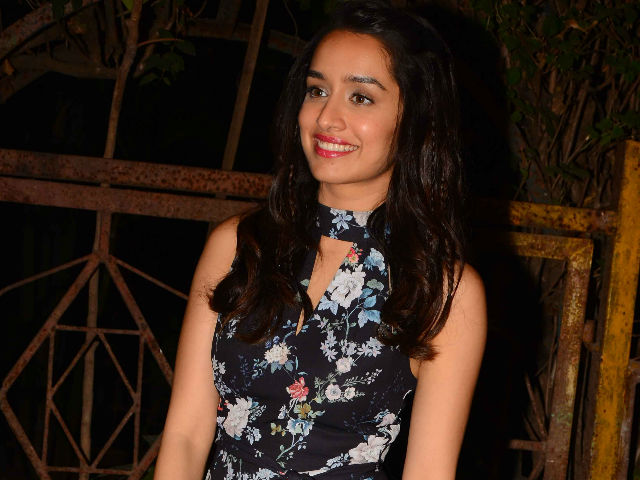 New Delhi: Actress Shraddha Kapoor shared the first look of her upcoming film Haseena: The Queen of Mumbai with her fans on her frequented social media spots on Monday. The 29-year-old actress is all set to feature as Dawood Ibrahim's sister Haseena Parkar in the Apoorva Lakhia-directed film. The poster of Haseena shows a close profile of Shraddha looking intense with iconic landmarks of Dubai and Mumbai in backdrop. Shraddha is dressed in a black suit and the emphasis is on her kohl-eyes. The first look of Haseena promises a new side of Shraddha Kapoor, whom we've seen mostly in romantic roles so far. Director Apoorva Lakhia shared the same poster and captioned it: "The queen comes to town."

Take a look at Shraddha Kapoor in and as Haseena:

Shraddha Kapoor was last seen in OK Jaanu opposite Aditya Roy Kapur and before that in musical drama film Rock On 2 with Farhan Akhtar and Arjun Rampal. Shraddha's filmography so far included romantic drama films like Baaghi, Ek Villain, ABCD 2, her breakthrough film Aashiqui 2 and Haider. Haseena: The Queen of Mumbai will be Shraddha's out-and-out intense drama film.

Promoted
Listen to the latest songs, only on JioSaavn.com
Apart from Haseena, which hits the screens in July, Shraddha Kapoor will be seen in Mohit Suri-directed Half Girlfriend, this year. The film is an adaptation of Chetan Bhagat's novel of the same name. Half Girlfriend stars Arjun Kapoor opposite Shraddha.

As of now, kudos to Shraddha for Haseena.