Harshvardhan Kapoor's Mirzya, Reviewed by Celebs: A Star Is Born 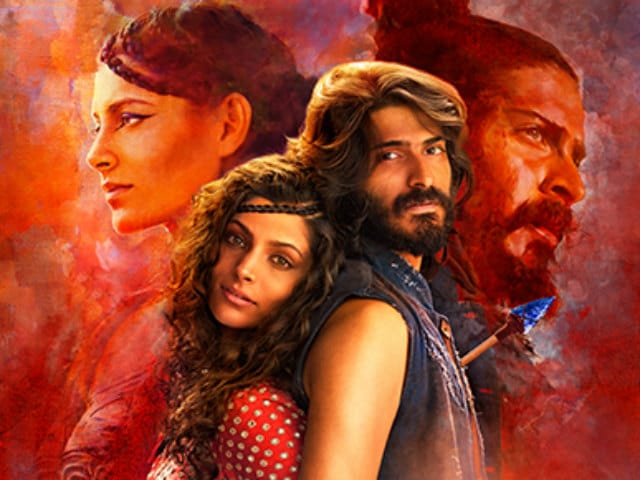 New Delhi: We are yet to meet Harshvardhan Kapoor as folklore hero Mirza Sahiban in Rakeysh Omprakash Mehra's Mirzya but notable Bollywood personalities have been enjoying special screenings of the film for a while now. On Twitter, reviews and praises are galore both for Harshvardhan and his Bollywood debut Mirzya.

Harshvardhan is the son of actor Anil Kapoor. Mirzya also stars Saiyami Kher, who is also making her debut in Bollywood with the film. Mirzya is based on the Punjabi folktale of Mirza Sahiban and oscillates between the present time and the pages of folktales.

Await. Harsh and Saiyami-Two more stars in the Galaxy! "Mirziya" the film,with Rakesh Mehra at the helm. My sincere best wishes to the team! pic.twitter.com/cv4UAwV0By

Saw #Mirzya. BREATHTAKINGLY STUNNING. Take a bow @RakeyshOmMehra. Everybody has raised the bar. And with @HarshKapoor_ A STAR IS BORN.:)

Hearing such wonderful things about the film and Harsh. All the best team Mirzya. https://t.co/wA2NKUHoR1

Harshvardhan's sister, actress Sonam Kapoor is convinced about the impact Mirzya will have on everyone:

@HarshKapoor_@SaiyamiKher have definitely made a lasting impact on everyone's hearts with Mirzya #DareToLove Watch https://t.co/tPn7kBdTRJ

U make me a proud brother @HarshKapoor_ !!! Ur talent is for all to see now to keep ur head down & work even more hard just like @AnilKapoor

Such a special actor @HarshKapoor_ ... All your hard work shines thru my friend ! #Mirzya a cinematic experience

#Mirzya every frame exudes beauty!! @HarshKapoor_ , the innocence you bring to Adil. @SaiyamiKher the warmth u bring to Suchi. So beautiful.

Every frame of @MirzyaTheFilm is spell binding. A poem of passion .@SaiyamiKher@HarshKapoor_ Shine &how ! Congrats sir @RakeyshOmMehra

That's a HUGE compliment sir, thank you so much! Will try and keep it up sir #mirzyahttps://t.co/AWtWA8gPMf

Meanwhile, this is what father Anil had to tell Harshvardhan's after watching Mirzya: "I don't know who to compare you with since your style and approach is very original."

Mirzya is set to release on October 7 and is much-awaited following the release of its trailers filled with emotionally-loaded scenes and stunning visuals. The director zeroed in locations like the unexplored terrains of Ladakh and Rajasthan for Mirzya.

Promoted
Listen to the latest songs, only on JioSaavn.com
Watch the trailers here:

The movie has also been a trending topic owing to its songs, which have lyrics by Gulzar and are composed by Shankar-Ehasaan-Loy. Mirzya also marks Gulzar's return to screenwriting after 17 years.