"Will make sure it's one of your most memorable films," wrote Mahesh Babu 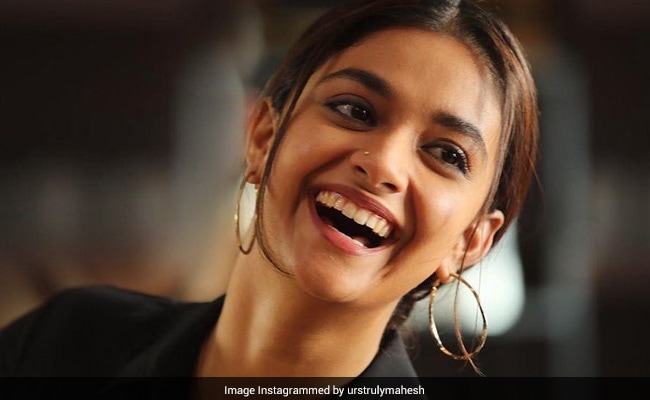 Happy birthday, Keerthy Suresh! On the actress' birthday, the makers of Mahesh Babu's new film Sarkaru Vaari Paata welcomed her onboard. For Keerthy Suresh, Mahesh Babu eve shared a special birthday post and wrote: "Here's wishing the super talented Keerthy Suresh a very happy birthday! Team Sarkar Vaar Paata welcomes you aboard! Will make sure it's one of your most memorable films. Have a great one!" Reacting to Mahesh Babu's post, the Mahanati actress replied: "Thank you so much Mahesh Babu sir. Delighted to be working with you for the first time and really looking forward to this!"

Thank you so much Mahesh Babu sir

Delighted to be working with you for the first time and really looking forward to this! #SarkaruVaariPaata@urstrulyMahesh@ParasuramPetla@MythriOfficial@14ReelsPlus@GMBents@MusicThamanhttps://t.co/KqrpnljbgU

It has been reported that Mahesh Babu will play dual roles in the film. However, neither the makers nor the actor has confirmed the news.

Keerthy Suresh is known for her performance in the 2018 Telugu film Mahanati, a biopic on actress Savitri, for which she won the National Film Award for Best Actress. Keerthy has also worked in hits like Manmadhudu 2, Sandakozhi 2, Thodari and Geethaanjali, among others. She was last seen in crime thriller Penguin, which premiered on Amazon Prime earlier this year.

Keerthy Suresh will next be seen in a couples of films such as Good Luck Sakhi, Annaatthe and Rang De.