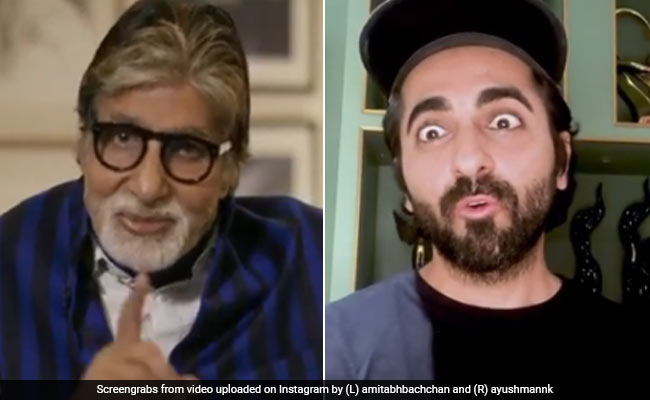 Big B (L), Ayushmann (R) in stills from the videos. (courtesy: amitabhbachchan)

Gulabo Sitabo, directed by Shoojit Sircar, is slated to release on Amazon Prime on June 12. This is Big B's fourth project with the director. He has earlier worked with Shoojit Sircar in Piku, co-starring Deepika Padukone in the titular role and late actor Irrfan Khan. The duo also collaborated for Pink, and Shoebite (which never released in theatres).