"Parties involved have clearly moved on... You should move on too," wrote Samantha 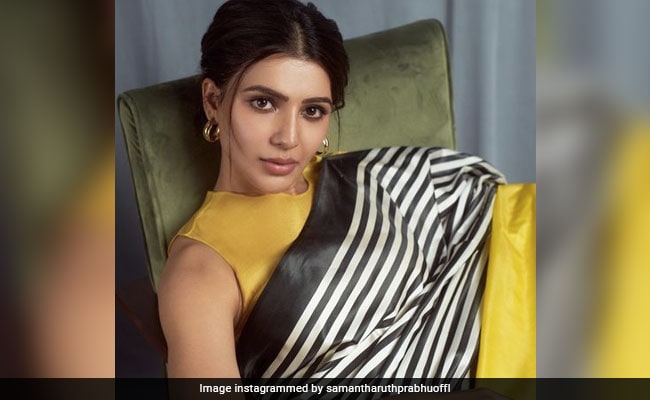 Samantha Ruth Prabhu, who is known for voicing her opinions through powerful statements, did it once again. The actress, recently called out a media publication for a report that was titled "Chay fans lash out at Sam's PR team" (which has now been deleted). The article was printed after rumours of Naga Chaitanya dating actress Sobhita Dhulipala started doing the rounds. The article claimed that Samantha Ruth Prabhu's PR team planted the story about the Naga Chaitanya-Sobhita Dhulipala's alleged romance. In a strongly-worded tweet, Samantha wrote: "Rumours on girl - Must be true! Rumours on boy - Planted by girl! Grow up guys...Parties involved have clearly moved on... You should move on too. Concentrate on your work... On your families... Move on."

Samantha Ruth Prabhu, who has been the center of brutal trolling, in an Instagram story last year, addressed speculation surrounding her separation from Naga Chaitanya in a powerful statement. An excerpt from her statement read: "Your emotional investment into a personal crisis has overwhelmed me. Thank you all for showing deep empathy, concern and for defending me against false rumours and stories that are being spread. They say I had affairs, never wanted children, that I am an opportunist and now that I have had abortions."

Samantha Ruth Prabhu and Naga Chaitanya, co-stars of films like Manam, MajiliYe Maaya Chesave and Autonagar Surya, got married in 2017. The stars announced their separation on social media in a joint statement in October last year. The speculations about their rift started when Samantha Prabhu Ruth dropped her surname Akkineni on social media in July last year.