Beyonce is tied with her husband Jay-Z, for the most nominations ever 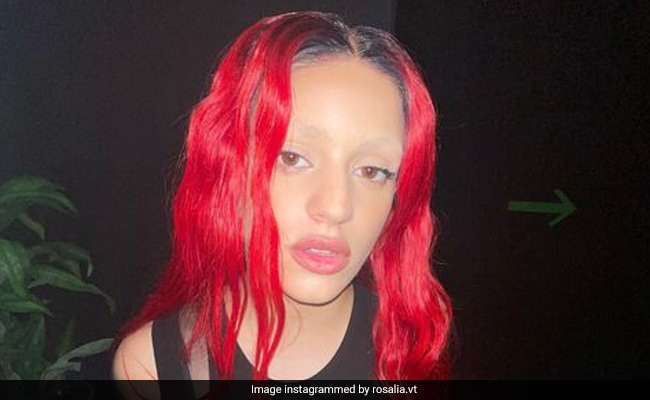 It wouldn't be the Grammys without a healthy dose of surprises, snubs and head-scratchers, and the slate of nominees for the February 2023 gala did not disappoint. The following is a list of hot takes about the nominations: the open questions, amusing oddities - and questionable choices.

Beyonce is no stranger to the Grammys: the 41-year-old is the Recording Academy's winningest woman, and is tied with her husband, the rap mogul Jay-Z, for the most ever nominations with 88. But even as she rules over the Grammy record books, Queen Bey is also among the show's most snubbed artists.

Over her storied career, she's only triumphed in the top categories once: in 2010, she won Song of the Year for Single Ladies (Put A Ring On It).

The pop deity had not one but two chances in 2021 to capture Record of the Year but it instead went to Billie Eilish, who had swept the top four categories a year prior.

It was hard not to see a parallel with 2017's slights against Bey, who notoriously lost Album of the Year to Adele.

In both cases, Adele and Eilish said their awards should've gone to Beyonce.

The 2023 gala will see Adele and Beyonce square off once more -- and the Beyhive is waiting with bated breath to see if it's finally their Queen's year.

Is Viola Davis next for EGOT?

It's one of those Hollywood things that has entered the pop culture lexicon: EGOT. It signifies the rare club of performers -- less than 20 of them - who have won Emmy, Grammy, Oscar and Tony awards. And Viola Davis could be next.

The 57-year-old actress has been nominated for a Grammy in the Best Audiobook, Narration, and Storytelling Recording category for reading her recent memoir, Finding Me.

Her competitors are rather formidable. Comedian Mel Brooks already has an EGOT. Lin-Manual Miranda is an Oscar away. Jamie Foxx and Questlove are both Oscar and Grammy winners.

Davis won an Oscar for best supporting actress for Fences opposite Denzel Washington, and a Tony - her second - for the same role a few years earlier. She won an Emmy for best actress in a drama for How to Get Away with Murder in 2015.

The last few years have seen swirling debate over how to separate art from the artist - or whether to do so - and concerns over "cancelling" entertainers accused of harmful behavior offstage.

But one year after comedian Louis CK - who admitted to sexual misconduct - took home a Grammy, he's nominated in the Best Comedy Album category once again.

And his competition includes Dave Chappelle, who has come under fire for doubling down on his sets deemed by some to be transphobic.

Chris Brown - who pleaded guilty to felony assault of his former girlfriend, the megastar Rihanna, and later accused of rape in a separate case - received a nod for Best R&B Album for the deluxe version of his work Breezy.

Polarizing country singer Morgan Wallen - who came under fire after a video surfaced that captured him using a racial slur - was however shut out of the Grammy nominations.

Many of the Grammy perennials have returned - but a handful of expected contenders were muted, or sidelined altogether. Bad Bunny received a long-deserved nod for Album of the Year, but was inexplicably excluded from Song and Record of the Year - his standout smash Titi Me Pregunto has been blaring from US car stereos for months - as throwback artists including ABBA and Bonnie Raitt swept into the top categories.

Rosalia was relegated to the Latin Rock and Alternative categories as her buzzy, critically acclaimed album Motomami was left out of more prestigious fields, while the absence of rap queens Nicki Minaj and Megan Thee Stallion was stark.

Yet some of the Grammy darlings who continue to churn out work that critics count as past their prime persisted, with Coldplay and Brandi Carlile earning a crop of nominations as they've done year after year.